TBI Weekly: Are we in the midst of a watershed moment for streaming?

Streaming has become the prevalent force among content-hungry consumers over the past few years, but developments this week suggest we may well be in the midst of a watershed moment.

Media giants including Comcast-owned NBCUniversal, ViacomCBS, Disney and Discovery have all contributed to a news flow over the past seven days that has been dominated by the shifting consumption tastes of viewers and its impact on operations.

But it’s by no means only a US-driven trend: China’s iQiyi has picked up a slew of Korean hits as it looks to dominate South East Asia, while a report in the UK underlined the surge in SVOD subscribers during lockdown – with Covid-19 clearly an accelerating factor. Here are six key takeaways from a week of on demand developments. 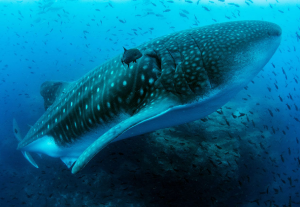 Perhaps not an obvious starting point, but while Discovery isn’t among streaming’s big hitters at the moment, it looks likely to change in the coming months. The factual giant’s CEO David Zaslav this week likened his company’s forthcoming US-focused SVOD to “a new SUV”, which would use the road built by Netflix and Amazon to reach customers.

Zaslav has previously talked about fear circling some US media giants’ streaming strategies – particularly those involved with scripted – so Discovery is keeping its target on its bread and butter subjects. That means a focus on factual content and sports, which it hope will differentiate it from globally dominant rivals such as Netflix – or the “great sports cars” of the SVOD world, as he labelled them. Zaslav said that Discovery’s planned offering would be “filled with a large amount of fresh content, a huge amount of original content”, and worth remembering that it also has a rich deal for BBC Studios’ natural history content too, such as Blue Planet and Planet Earth.

“If you have Disney+ or Amazon, or any video product, who wouldn’t want what we have? It’s what most women in America watch all the time,” he said, adding that Discovery expects to have “multiple [distribution] partners” to ensure it is “successful domestically and around the world.” Zaslav said that outside the US, Discovery’s strength in the streaming business would be based on its ability to differentiate locally, with local sport and other content tailored to specific territories. 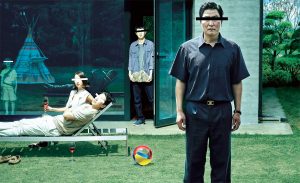 Meanwhile, in China, streaming operator iQiyi this week took the latest step in its expansion playbook by striking a deal with South Korean media giant CJ ENM to bring the latter’s tvN Movies to Singapore, Malaysia, Indonesia, Thailand, Philippines and Vietnam. It will provide first-run films every month via iQiyi International, allowing South-East Asian subscribers to watch Korean hits including Oscar-winner Parasite and Train To Busan.

Adding such popular and first-run titles to the service can only serve to make iQiyi a more attractive prospect to consumers, and the company has made no secret of its plans for international expansion, with local offices currently being set up in Thailand, Malaysia, the Philippines, and Indonesia.

Its eyes are also on South Korea, Japan, and the Middle East, while a Spanish-language version of the streaming service has also been rolled out, offering local-language subtitles to broaden its appeal. 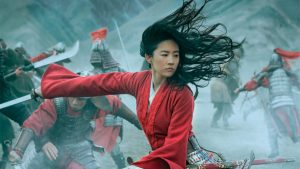 The Mouse House continues to play a stellar streaming strategy and this week – seemingly not content with unveiling 60 million subscribers for its recently launched Disney+ offering – revealed plans for a new general entertainment on demand offering.

The new Star service will launch next year and will plunder programming from across the Disney directory, including ABC Studios, Fox Television, FX and 20th Century Studios plus numerous others. Details remain scarce but the service is expected to have a more adult-oriented feel compared to Disney+ and appears likely to be more akin to US-based Hulu.

While Covid-19 has hit its parks divisions hard, the pandemic has driven home the importance of streaming and pushed the company into accelerating its direct-to-consumer approach with films too – with news this week that Mulan would be available via Disney+. Elsewhere in its streaming portfolio, Hulu had a total of 35.5 million subscribers, up 27% year-over-year, and Disney boss Bob Chapek said the combined global reach of its streaming – which now exceeds 100 million paid subscriptions – “is a significant milestone and a reaffirmation of our strategy for growth.”

He added: “The incredible success we’ve achieved to date has made us even more confident about the future of our direct-to-consumer business and our ability to be more aggressive in our approach. Going forward, this confidence, coupled with the trends we’re seeing in the multi-channel universe, will lead us to pursue even more innovative and bold initiatives as we continue to grow the business.” Perhaps Star should come as not much of a surprise, then. 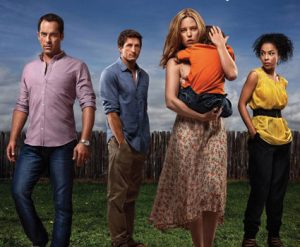 It will come as no great shock to anyone to learn that there was a spike in TV viewership in the UK during the height of the country’s Covid-19 pandemic, but a new report by media regulator Ofcom this week revealed the extent of the increase.

According to the Media Nations 2020 report, British adults aged 16-34 almost doubled the amount of time they spent on SVOD services at the peak of lockdown in April, increasing by 55 minutes to an average of two hours per day. This seems to point to streamers as being among – if not the – go-to destination for audiovisual entertainment in the age group.

Among the other key takeaways were that 12 million people signed up to streamers that month, with three million of those having never subscribed to any service before, while the average time spent in front of a screen during April stood at six hours and 24 minutes, which was 31% up on the same month in 2019.

With such rapid growth, it is no surprise that Scottish broadcaster STV felt confident enough to expand its free VOD service STV Player UK-wide. Launching this week on TV platform Freeview Play, STV Player is now available to an additional nine million devices across England, Wales and Northern Ireland, offering international titles such as Rake and The Slap, alongside classic offerings like crime dramas Taggart and Rebus. 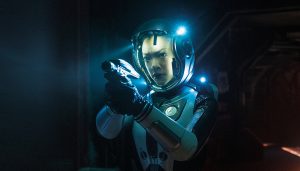 Not to be left behind in a week of announcements from its US studio competitors, ViacomCBS chose its earnings call this week to reveal more details about its soon-to-launch international streamer. The “super service” streamer is set to launch in 2021 and will be a “broad pay” CBS All Access product, offering content from an array of its brands including CBS, MTV, Comedy Central, Nickelodeon, its Paramount film studio, Showtime and existing SVOD CBS All Access.

ViacomCBS CEO Bob Bakish described the service as “a super-sized offering” with first-run originals and access to libraries from all its brands. The CEO elaborated on detail too, including that the initial roll-out would focus on a set of “high-value territories” where ViacomCBS believes it could become the market leader, specifically including Australia, Latin America and the Nordics.

ViacomCBS is already established as an SVOD brand in a small number of markets with CBS All Access and Paramount Plus, but the company is clearly confident that it can do much more with its content and is ready to cut a bigger slice of the streaming pie, rather than relying on third-party deals. 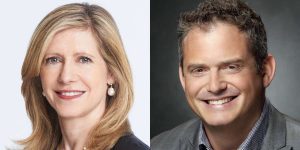 It’s been a busy week for NBCUniversal (NBCU) and probably not a particularly pleasant one for many of its employees, after the company started cutting staff as it combines its TV and streaming divisions under Mark Lazarus.

Around 3,000 positions are set to be affected, as the US studio giant shifts its emphasis to on demand viewing. The merged division will house SVOD and AVOD service Peacock plus a vast array of networks including NBC, Telemundo, cablenets – such as USA, Syfy, Bravo, Oxygen and E! – and the company’s international channels, with lifestyle chief Frances Berwick among the winners.

NBCU CEO Jeff Shell has said the revamp will allow NBCU “to more rapidly shift our resources and investment from linear to streaming”, with elements of the new management structure revealed yesterday. There is detail aplenty yet to be filled in but as Shell himself said, the revamp demonstrates “the unique way we intend to manage this business going forward.”