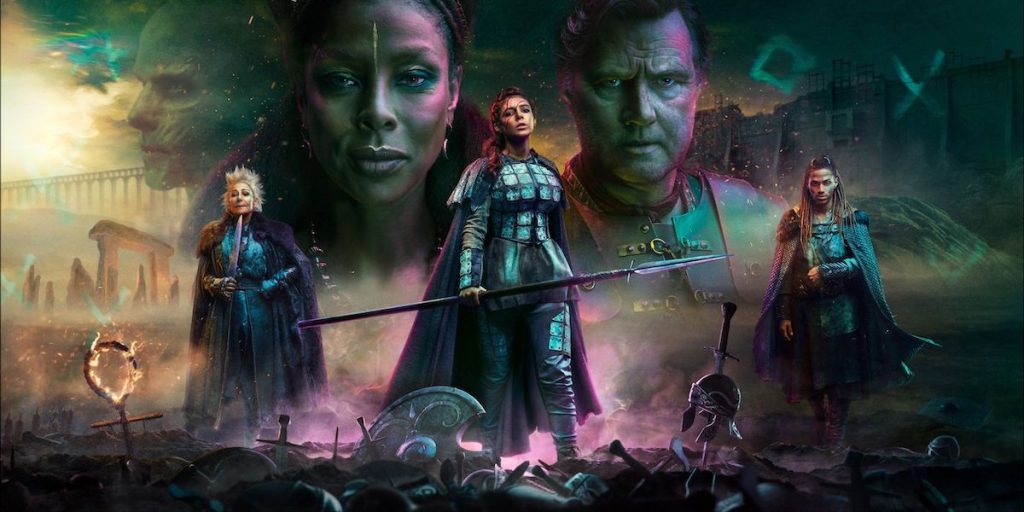 With a slew of new epic fantasy shows on the horizon, Britannia exec James Richardson tells TBI’s Mark Layton how the series has carved its own niche in the increasingly crowded genre, ahead of the show’s UK return next week.

A high-end epic fantasy heyday may soon be upon us, with streamers and broadcasters investing heavily in the genre in the hopes of replicating HBO’s Game Of Thrones success.

No shelf-bending fantasy book series has gone unread, it seems, in the hunt for the next global watercooler show. Netflix is currently building a franchise out of Andrzej Sapkowski’s The Witcher series, while also acquiring rights to both CS Lewis’s The Chronicles Of Narnia and Brian Jacques’ Redwall novels.

Amazon is soon to launch an adaptation of Robert Jordan’s The Wheel Of Time series, while its show based on JRR Tolkien’s The Lord Of The Rings looks set to become the most expensive TV production of all time.

HBO is meanwhile hoping that lightning will strike twice, beginning extensive spin-off plans for George RR Martin’s Game Of Thrones with the upcoming House Of The Dragon.

Amid all this movement, Sky Original Britannia is currently hitting its stride, with the third season of the epic drama, which is produced by Vertigo Films, in association with Neal Street Productions, Sky Studios and MGM-owned cablenet Epix, debuting on Sky Atlantic and NOW in the UK next week. 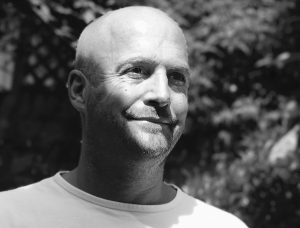 Contenders for the fantasy throne

James Richardson, Vertigo co-founder and Britannia co-creator and executive producer, tells TBI he sees no cause for concern in the steadily crowding market; despite these literary heavyweights stepping into the ring, there is plenty of room to go around in the epic fantasy genre.

“There’s lots of opportunity; they’re so popular those shows and rightly so, they’re brilliantly made,” says Richardson. “The Lord Of The Rings is a masterpiece of a book and I’m sure they’ll make a fantastic TV show out of it.”

Still, it doesn’t hurt to stand out from the crowd and Richardson’s own show brings something rather different to the table than traditional swords and sorcery fare. While it certainly has its mystical elements, Britannia errs towards the historical – and the irreverent.

Set during the Roman invasion of Britain in the first century AD, Britannia takes place at a time when the country was ruled by powerful druids and tribal warriors, and follows a young woman as she sets out to fulfil an ancient prophecy by defeating the Roman occupiers.

The series tackles weighty issues such as faith and power, but comes with a pop soundtrack, and an often wildly contrasting tone, with moments of absurd humour punctuated by scenes of great horror and violence.

“All of those shows, as brilliant as they are – I was a huge Game Of Thrones fan – there’s a seriousness to them,” says Richardson, who is keen to explore the lives of characters in this historical era who “were just as much having a laugh and getting high or getting pissed or doing crazy shit as any of the people today.”

What’s more, unlike many of the weighty tomes currently headed to the screen, Britannia is an original IP, rather than being based on an existing book series, with writers Jez and Tom Butterworth and Mackenzie Crook, who stars in the show and took on writing duties for season three, also not beholden to historical accuracy.

“We’re creating our own little world. That’s one of the greatest strengths and freedoms that we have,” explains Richardson. “We don’t have anything to go on; it’s a challenge because it means we have to come up with all this stuff, and that takes a lot more work than just coming off the page of a book, where someone has already done all that hard work for you.

“But it gives us great freedom, because it means we can completely go wherever we want. History is just in the background, it happens to be quite a major period of history, but it’s there and we can tap in and out of it whenever we want.”

Budgeting for the big stuff

Producing in the epic fantasy genre does not come without its challenges, of course, and maintaining the high level of production quality typically required by these shows comes with a significant price tag.

The upcoming season, for example, includes one of the biggest action sequences that the show has ever done, with a battle taking place around a Roman aqueduct.

“I think this specific type of show is always challenging because of the scale of it,” says Richardson. “You’ve got these huge, amazing costumes and makeup and action sequences and art department and design, and all those kinds of things, so the budgets can be very challenging.”

Richardson notes, however, that Vertigo has been “very lucky” with its international production partners, with Sky helping to finance the show through all three seasons and US-based Epix coming on board the production in season two, while Britannia was originally co-produced with Amazon Prime Video for its first season.

“If you’re making a show at scale, they’re incredibly important to help finance it and they will help with the fans in those territories,” says the exec. “With a show like this, which is a global show, you very much want those kinds of partners.” 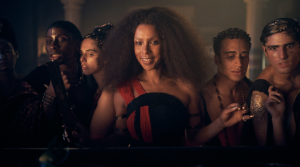 Like most scripted productions, Britannia had its share of set-backs due to the pandemic, necessitating a drop from 10 planned episodes to eight for the season, which Richardson says was “a good call” given the circumstances.

With filming halted in March 2020 and unable to resume until September, the exec says his proudest accomplishment on season three was simply ensuring that it was completed.

“From a production point of view, it was the most challenging thing any of us had ever done,” he says. “I think that the producer and the production team and the cast and crew just worked miracles pulling this together.”

Still, the delays did not dull ambitions for the season. Aside from the aforementioned aqueduct sequence, Richardson says the upcoming instalment features some of the “craziest” and “funniest things I think we’ve ever done.”

Returning regulars including David Morrissey, Eleanor Worthington Cox, Mackenzie Crook and Zoe Wanamaker are joined this season by new cast addition, Sophie Okonedo, who arrives on the scene with some shocking appetites.

One particularly horrific act, carried out by Okonedo’s character at the start of season three, for instance, becomes the driving motivator for one of the regulars throughout the season: “It’s not just something that happens and we forget about it, it means something.”

That said, Richardson promises with a chuckle that fans of the show are going to be “completely shocked” by the end of this latest run.

Britannia returns for its third season on Sky Atlantic and NOW in the UK on 24 August.