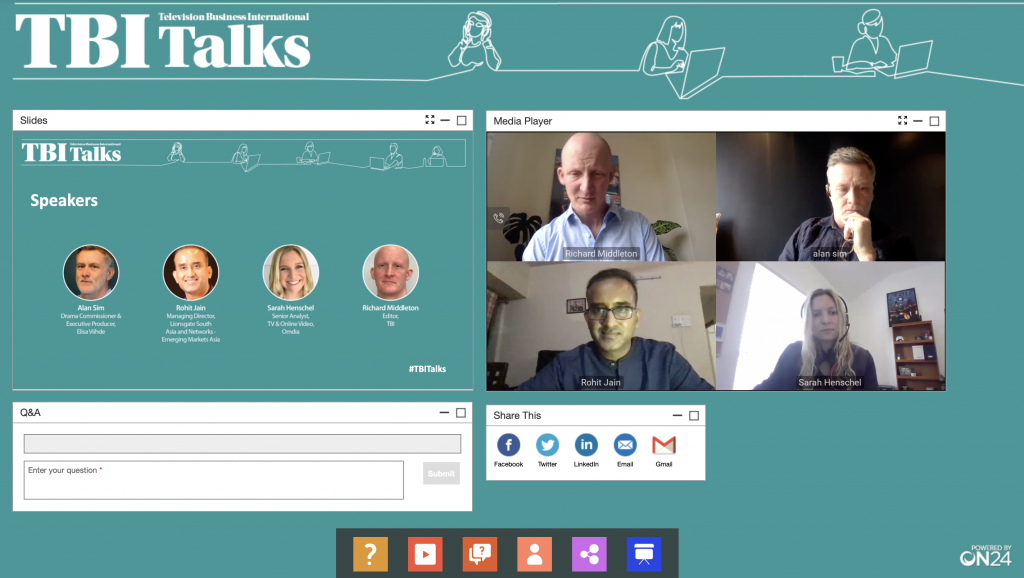 Commissioners in Asia and the Nordics have both highlighted the importance of creating original content with a primary focus on audiences in the local region.

Speaking on the latest TBI Talks yesterday, Rohit Jain, MD of Lionsgate South Asia and Networks – Emerging Markets Asia said that while the India-based streaming service Lionsgate Play has looked at pitches from various parts of the world, “The originals that we’re looking to make in Indian languages, while we want them to travel, we certainly want to make sure that the primary audience is south Asians.”

The Starz and Lionsgate India joint venture recently moved into originals, announcing that its first commissions were for a remake of US comedy-drama Casual and college romance drama U-Special.

“The tricky part is to get the balance sometimes,” said Jain. “You don’t want content that becomes a little crossover and doesn’t have a primary audience very well-defined and is neither here nor there.”

This was a point elaborated on by Alan Sim, drama commissioner and executive producer at Finland’s Elisa Viihde, who joined Jain on yesterday’s online panel.

Discussing the production of upcoming period drama Bad Apples, Sim said that the show had been very straightforward in terms of financing and getting off the ground, explaining: “For us, the more international it becomes, the more difficult it gets in terms of partners and monies and languages – and does it really make it a better series?”

Agreeing with Jain about the need to focus on local viewers, Sim said: “The primary audience has to be your audience, in the Nordics and Finland, and then if it happens to do well internationally, for us it’s a really big bonus but it’s not the sole focus.

“Actually, the things that have done best for us are the shows that have probably been the most local, because people want that ‘Finnish-ness’ about it, they want that landscape or that look or that feel. They’re buying into what’s Nordic about it and not necessarily looking for us to make international ‘euro-pudding’.”

Click here or above to watch the whole session.