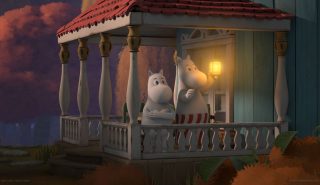 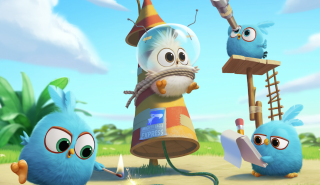 Netflix has ordered an animated series from UK-based Cake and game company Rovio Entertainment based on the Angry Birds franchise. Angry Birds: Summer Madness (40 x 11-minutes) will include existing characters from the IP and new characters as they spend time at a summer camp. The show will premiere in 2021 and feature the “explosive […] 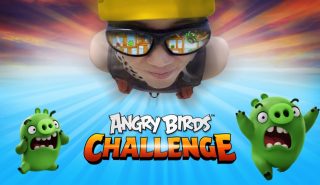 Big Fish Entertainment is partnering with Rovio Entertainment to bring hit mobile game Angry Birds to TV as a live-action game show. In Angry Birds Challenge (WT), participants will team up to complete super-sized obstacle courses as quickly as possible to save the most eggs and win. Combating a variety of surprise hurdles – including […] 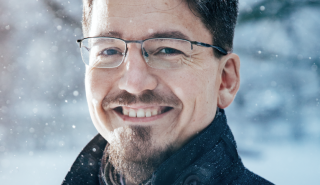 Former Rovio Entertainment animation boss Nick Dorra has launched his own Helsinki-based production studio. Haruworks has debuted after what Dorra (pictured) described as a “successful round of funding” from unnamed investors. Dorra has formed an advisory board including children’s entertainment experts such as Fred Seibert, Cake co-founder Tom van Waveren, eOne Family’s Nick Gawne and […] 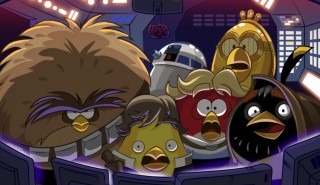 Angry Birds owner Rovio Entertainment has sold its Vancouver studio to its former CEO, Mikael Hed. The undisclosed financial agreement hands Hed (pictured, below right) control of the animation studio plus some non-Angry Birds properties from the Rovio stable. The lucrative Angry Birds franchise remains with Rovio, however. Hed has formed Kaiken Entertainment to house […] 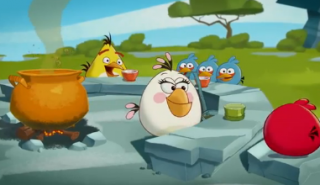 Rovio Entertainment has poached an international TV sales chief of Burbank-based DreamWorks Animation to run its toon and distribution businesses. Tuomo Korpinen has joined the Angry Birds firm to become president of Finland-based Rovio Animation and Blue Bird Distribution Company, and executive VP, media business at the wider Rovio group. Based in LA, he will […]

The ex-COO of Angry Birds creator Rovio Entertainment was in Cannes this week with a new “TV-as-a-service” platform that allows “consumers to become producers”. Harri Koponen has created NPTV, a company behind a new technology aimed at giving viewers to capability to view multiple live feeds of TV programming at once, including graphics and custom […]

Finland’s Rovio Entertainment’s ToonsTV channel has passed one billion views just seven months after launch. Concurrently, Rovio is lining up a second season of its Angry Birds Toons original series, a new one featuring the Bad Piggies and a series based around the pink Angry Bird, Stella. All three will go on ToonsTV, which is […]