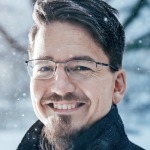 Haruworks has debuted after what Dorra (pictured) described as a “successful round of funding” from unnamed investors.

Dorra worked with Seibert after leaving Rovio in 2015, while Cake took linear distribution rights to the Angry Birds cartoon series.

Haruworks will focus on “a Scandinavian style of storytelling and Nordic design heritage, taking inspiration from the works of Astrid Lindgren and Tove Jansson”.

Former child psychologist Maija Arponen has been hired as head of development, and Dorra is planning a multiplatform approach.

The pair will look to build “international character brands with a Nordic flair”. A MIPTV slate is being lined up, with initial conversations with partners happening at Kidscreen next week in the States.

Dorra ran app giant Rovio’s animation and content arm for four years, and the acquisitions for its Toons TV platform.

While at the Finnish content giant, which is behind the Angry Birds franchise, he grew the animation team from ten to 100 artists and saw the Angry Birds TV shows garner two billion views in their first 20 million.

“Haruworks has been founded with the mission to create content that is worth your child’s precious time and attention,” said Dorra.

“Experience tells us that kids and parents long for safe, witty and non-condescending stories, and that’s what we are offering. We want to create worlds and characters that families love and pass on to the next generation.”