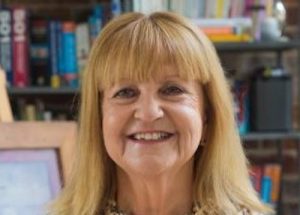 What is the biggest growth area for your company this year?

We have a healthy pipeline of stand-out content here at Banijay Rights and in 2023 I expect even further growth of our catalogue, which currently stands at over 160,000 hours. We will also see growth in local content – both from new IP and returning formats. For us, success with the local audiences first is key to establishing IP before it’s rolled out internationally. This is reinforced by many of the global streamers who talk about their commissions first and foremost working in their commissioned territory.

Meanwhile, our FAST channel business will continue to surge as we look to increase our number of channels in the market from 19 (and almost 70 syndications). We expect that as FAST matures, there will be a greater emphasis on editorial and those channels that can cut through. Essentially, platforms want quality of channels and not just volume.

What is the key trend going to be this year?

There will be more than just one! But a trend that can’t be ignored is that scripted and premium scripted costs will continue to surge – and 2023 will be about how we navigate these costs. It’s an issue that domestic broadcasters like the BBC or ITV will also face, as they continue to try and compete with global SVOD services such as Netflix. That said, 2023 will be the year where we see more flexibility in windowing and in particular those windows in rights coming from streamer commissions.

What is your New Year’s resolution and why?

It’s a personal one: to enjoy the moment and take each day as it comes. At the end of the day, we are all only just passing through.

The prominence of free-to-air television. For some time now, plenty of observers have been saying free-to-air is on the decline – but 2022 was a year where sports and event television really grew and stood up; just look at how the country got together for the FIFA World Cup and shows like Strictly Come Dancing! People love sports and those programmes that bring families and friends together. This will be an important trend in 2023 when we will all continue to endure the cost-of-living crisis.

What show (from outside of your own company) are you most looking forward to?

I always look forward to a brand-new series of Gogglebox – it’s a fantastic format.