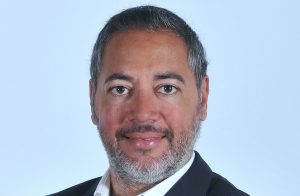 Motti, who was most recently EVP of EMEA & Lat Am and global head of streaming for UK-based Shorts International, becomes VP of FAST channels at Fremantle, which has been experimenting with its own direct-to-consumer offerings for more than five years.

The company operates US-based gameshow channel Buzzr and moved further into FAST in the UK earlier this year with a new partnership that saw American Idol become available to Samsung TV Plus users.

Prior to joining Shorts International in March 2021, as revealed by TBI, Motti was VP of business development, digital media & content distribution for ViacomCBS (now known as Paramount).

During a six-year stint, he led multinational strategic projects, including the launches of new OTT streaming services and linear TV channels.

The appointment follows the death of Mark Deetjen, Fremantle’s former EVP of global channels and one of the key early architects of FAST channels, who passed away aged 50 in January.

Deetjen had been promoted to the role last year and oversaw Fremantle’s digital multicast network and FAST channel, Buzzr, which launched in 2015. He also leveraged the company’s content library to expand its channels business around the world.