TBI Weekly: What ‘Batwoman’ & ‘Yellowstone’ tell us ahead of LA Screenings 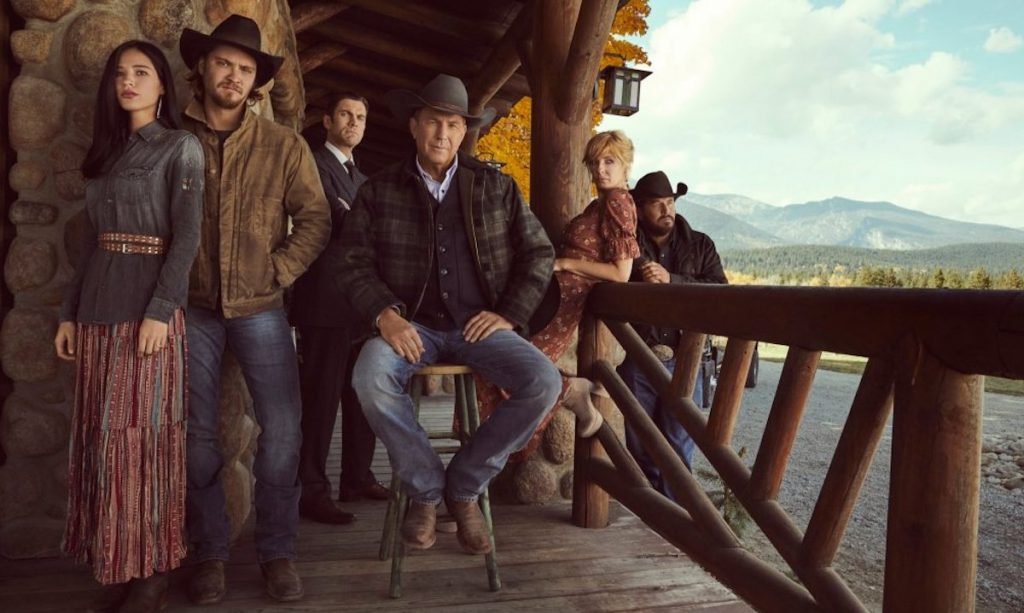 Next week’s LA Screenings promise to provide some answers to some big questions – namely, just what shows the US studios are prepared to sell to international buyers. Yet the direction of travel for some is already clear, write Mark Layton & Richard Middleton.

Yet beyond the lightning-fast heroics of The Flash and the bucking horses on the Dutton Ranch, there is a similar narrative playing out: it is one of franchises being rapidly expanded and drawbridges being raised, as rights are gathered within the impenetrable walls of the studios’ own operations.

For international buyers jetting into LAX, the question will be, what’s left? The answer, if news emerging from this past week’s Upfronts in New York is anything to go by, is not the good stuff.

While the revealing of which shows would snaffle which spots on the schedules of the US broadcast networks has caused endless excitement Stateside over the past few days, the ongoing saga around Yellowstone has arguably provided more insight into the US studios’ strategies towards their most prized assets and the rights attached to them.

Indeed, the story of Kevin Costner’s Yellowstone is arguably worth a drama in and of itself. The show, which was originally from The Weinstein Company until the revelations around its now incarcerated founder emerged, was a product of a bygone era, one in which Viacom had not merged with CBS and in which streaming rights were not the holy grail.

That meant the US media operator – without a streamer of its own – passed up OTT rights to the show back in 2017/18, instead just taking linear (and associated catch-up) rights for Paramount Network (fka Spike TV). It seems incredible but Peacock was then able to swoop in 2020, picking up streaming rights to what would become its most popular show following launch, and cable TV’s most popular shows for years. And the rest is history.

Well, kind of. Viacom merged with CBS to become ViacomCBS and then rebranded as Paramount Global, replete with streamer Paramount+ with which to wow Wall Street. Except Wall Street, by then, had changed its mind on streaming, prompting Paramount CEO Bob Bakish to do similar.

He hasn’t yet managed to buy back Yellowstone for his own streamer, instead having to make do with it airing on Paramount Network while Peacock feathers its nest with his company’s own creation.

But the fact that Yellowstone spin-off 6666 is moving from Paramount+ to Paramount Network underlines how network TV remains a big deal. It will of course then go onto the streamer – the one owned by Bakish, just to be clear – which is where the second key trend of the week emerges.

While Yellowstone is set in contemporary USA, 6666 is set a century and a bit before at a time when Comanches still ruled West Texas. Like Yellowstone, it’s from 101 Studios and MTV Entertainment Studios, as is the first-born spin-off 1883, which has tracked the Dutton clan’s forefathers since its debut late last year in the US.

Then there’s 1932, another pillar propping up the billowing franchise that fills in the gap between 1883 and today. Oh, and this one stars Harrison Ford and Helen Mirren.

And, in related news, Sheridan’s Bass Reeves, a previously announced limited series, has now also been pulled into the Yellowstone franchise. It will be a spin-off from 1883, and has been retitled as 1883: The Bass Reeves Story, with David Oyelowo as the titular lawman, who was believed to be the inspiration for the Lone Ranger. (Incidentally, it’s also the first project under Oyelowo and his wife Jessica’s overall deal with MTV Entertainment Studios via their Yoruba Saxon Productions.)

Fair to say this is a blossoming, A-Lister inhabited universe with global appeal and the potential for more to come – and there seems little chance that Bakish is going to allow the same mistake to be made with the golden goose that started the whole thing.

To date, Yellowstone’s US appeal has not translated into global eyeballs. It is available outside the US of course – on Nine Entertainment’s streamer Stan in Australia, for example, and a group deal several years ago saw the first few seasons picked up by Paramount in seven countries across Europe and Lat Am. Channel 5, part of the Paramount family in the UK, currently offers the first two seasons, while Amazon Prime Video will let you rent the rest episode by episode.

It’s a fairly unsatisfactory, smorgasbord approach to one of US TV’s jewels – and likely to be rectified soon. Paramount+ is in the process of being rolled out globally, with a UK and Ireland launch in June, followed by South Korea and an array of European markets in the coming months.

Back at the ranch, Bakish might still find himself looking out over his estate with a disapproving eye on that “unfortunate” Peacock pact. But with Mirren, Oyelowo, Ford, Costner and Sheridan in his reins, the Yellowstone franchise provides plenty of horsepower for Paramount+ and its international expansion. Signing the rights away for short-term gain this time around looks unthinkable, no matter how much Wall Street might have about-turned on streaming. 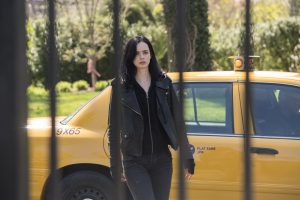 A slice of superhero pie

This tale of franchise building is an increasingly common occurrence and it has arguably been caped crusaders who have led the way – but the most familiar names won’t be coming to the rescue of any buyer in LA, however desperate they may be for content.

The superhero craze over recent years, perhaps more than any other genre, offers the clearest-cut expression of how much stock the major US studios place in sewing up IP rights.

It wasn’t so long ago that Netflix had carved out its own little slice of the profitable Marvel superhero pie, launching a not insignificant slew of inter-connected shows, including Daredevil, Jessica Jones, Luke Cage, Iron Fist, The Punisher and crossover miniseries The Defenders.

Produced by Disney stablemates Marvel Television and ABC Studios for the streamer, these series, for the most part, were well received by audiences and critics, and were believed to have been strong subscription drivers for Netflix during their runs.

However, since those Netflix shows ended in 2019, Marvel Entertainment owner Disney has made moves to bring these heroes under one roof. Recent figures show that Disney forked out $1bn to cut short distribution deals for TV and film content to place them on its own services, and sure enough, March saw the arrival of those Netflix Marvel shows on Disney+.

This week’s development took things one step further, with reports that a Daredevil reboot is in development for Disney+ from Covert Affairs co-creators Matt Corman and Chris Ord.

What’s more, given his recent cameo in a big screen Spider-Man outing, actor Charlie Cox is almost certain to be reprising his lead role from the Netflix series, with Disney+ further capitalising on his popular take on the character cemented in his work for their streaming rival.

Marvel may currently be the biggest entertainment and merchandising machine on the planet, and Disney knows it. The days of commissioning an original Marvel series are well and truly over, unless your name happens to be Disney+. 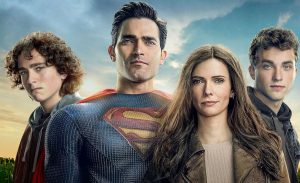 Meanwhile, if the Justice League is more your thing than the Avengers, don’t get your hopes up on picking up anything from the DC Comics stable either.

Since the Warner Bros. Discovery merger, new management reportedly has big plans to overhaul DC Entertainment – home to superhero icons like Batman, Superman and Wonder Woman – to compete with rivals Marvel at both the box office and on streaming.

The firm’s streamer HBO Max has started to expand its DC offering, with a recent order for a Doom Patrol spin-off, as well as a series based around Colin Farrell’s Penguin character from The Batman, alongside existing titles such as Peacemaker. But elsewhere, existing pre-merger DC shows appear to be on shaky ground.

The CW, Warner Bros. Discovery’s (WBD) joint venture with ViacomCBS, recently axed three of its DC Comics-inspired ‘Arrowverse’ series – Legends Of Tomorrow, Naomi and Batwoman – amid a sale to Nexstar, which would take it out of DC owner WBD’s hands.

The network has spent a decade building an inter-connected franchise of DC superhero shows, ranging from founding show Arrow to new entries like Superman & Lois, the latter sold to broadcasters including the UK’s BBC.

CW chairman and CEO Mark Pedowitz insists that the network is fully committed to expanding the Greg Berlanti-helmed franchise. But with the number of shows in the ‘Arrowverse’ suddenly halved and big changes afoot for both The CW and WBD, these comic book heroes may soon move into a much smaller sandbox. 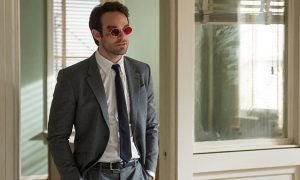 Not all heroes wear capes

So what can a buyer do if they want a big superhero or comic book title with some brand recognition? The answer has to lie outside of the mammoth DC and Marvel stables.

Netflix may have bid farewell to Daredevil and friends, but it has found a sizeable following in its adaptation of Dark Horse’s The Umbrella Academy, which launches its third season next month. It is also eyeing adaptations such as of Boom Studios’ horror comic book series Something Is Killing The Children.

And then there’s the streamer’s acquisition of comic book publisher Millarworld back in 2017. Since then, Netflix has launched the live-action Jupiter’s Legacy, which was cancelled after one season last year, alongside anime spin-off Super Crooks.

It’s hardly a flurry of activity, but recent updates suggest adaptations of American Jesus, The Magic Order and feature-length Prodigy are beginning to move forward with Millarworld, perhaps taking the streamer one step closer to capitalising on its acquisition.

While the household name franchises might be tied up by Disney and Warner Bros. Discovery, there are plenty of currently untapped titles with avid fanbases up for grabs.

One needs looks no further than Amazon Prime Video and how it has turned The Boys, Dynamite Entertainment’s deconstruction of the superhero genre, into one of its tentpole shows as an example.

The third season will launch next month, while the show has already spawned an animated anthology spin-off, The Boys Presents: Diabolical, and an upcoming live-action ‘G-Men’ spin-off.

Amazon is able to explore such expansion because it has deep pockets and a global retail operation with which to justify the investment of time and money to grow the franchise. For everyone else, the past week’s events seem to have confirmed one thing at least: don’t expect a cowboy or a caped-crusader to be your saviour on the schedule.