Beforeigners and Lillyhammer producer Rubicon has hired the head of drama at Norwegian pubcaster NRK as its CEO, after Håkon Briseid’s decision to join Netflix.

Ivar Køhn joins the Banijay Nordic-owned production firm on 1 May having led NRK’s drama output since 2013, with commissions during his watch ranging from 22 July, State Of Happiness and Mammon 2, to Rubicon series Countrymen.

The appointment comes six months since Rubicon announced former Monster exec Briseid had been appointed to the CEO role at Rubicon.

Banijay confirmed that the exec “took the decision to embark on an alternative role prior to officially joining [Rubicon]” in the announcement of Køhn.

However, TBI understands Briseid subsequently joined Netflix earlier this month as creative director, based out of its Stockholm office.

He reports into Jenny Stjernstromer Bjork, director of Nordic original series at the global streamer, which had previously revealed plans to launch regional hubs in Sweden and Denmark in April 2021.

The Norwegian prodco is behind shows including Beforeigners for HBO and HBO Max, which launched its second season last year across Europe and the US. 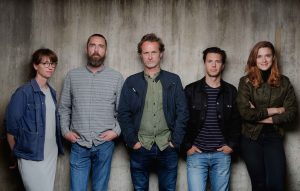 The firm has also produced Netflix drama Lillyhammer, Atlantic Crossing and The Councilman, which was also adapted for the Dutch market.

Køhn said: “I’ve had a great eight years with a skilled and committed gang in NRK’s drama department, building a brilliant portfolio of hits. I feel very lucky to have been part of a very strong period of growth, at a broadcaster with a conscious and innovative relationship to both drama and publishing.

“The time now feels right for a change of editor, both for NRK, the industry and myself. There are great opportunities ahead for Norwegian drama, and to be involved in developing this through Rubicon TV will be challenging and super fun.”

Bjørnstad and Skodvin added: “Ivar has been one of the key figures in the successful development of Norwegian TV drama in recent years. He is globally recognised for his exceptional instinct in backing original ideas which become international hits.

“This, coupled with his industry know-how, vision and business sense, puts Rubicon in a fantastic position to further innovate and succeed both at home and abroad. We look forward to creating new, exciting stories together with Ivar.”