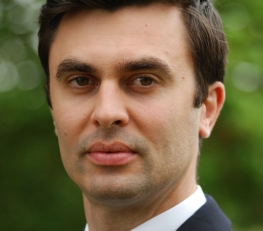 ITV Studios has expanded the remit of licensing exec Pascal Dalton to also include oversight of relationships with the group’s creative labels.

Dalton will continue as SVP of licensing, which sees him overseeing ITVS’ license activities in specific territories, including selling ITVS formats and digital products internationally.

Channel 4 in the UK has appointed Naomi Sesay as head of creative diversity.

Sesay, who was previously interim head of C4’s creative diversity in 2019, reports into Emma Hardy, director of commissioning operations and starts in early February.

She will be tasked with developing and delivering C4’s diversity strategy, as well as being responsible for “fostering and strengthening existing relationships with the UK’s culturally and ethnically diverse creative communities”.

Sesay, who was most recently focused on her keynote speaking career, said: “Channel 4 understands that successful and sustainable change has to go beyond legislation and remits. It requires a change in behaviours, habits and thought internally and externally, to deliver truly inclusive, equitable and brilliant content for the audience.”

The Writers’ Guild of Great Britain (WGGB) has linked with the Authors’ Licensing and Collecting Society (ALCS) and Inc Arts UK to commission a UK-wide survey into the experiences of ethnically diverse scriptwriters in film, gaming, radio, television and theatre.

Telling our Stories: A Survey will take evidence and testimony from UK scriptwriters across creative mediums and aims to develop what it claims will be “unprecedented and urgent data” on the experiences of those from ethnically diverse backgrounds.

Carol Russell, advocacy lead at Inc Arts UK, said: “This survey marks a shift in the industry, one that we have not seen before. It is the first time that a survey has centred the experiences of ethnically diverse screenwriters across multiple sectors within the UK.

“It not only provides a place for screenwriters from ethnically diverse backgrounds to tell of their experiences, but it will provide data that is cohesive, in-depth, and representative of the multitudes of voices that will be surveyed.”