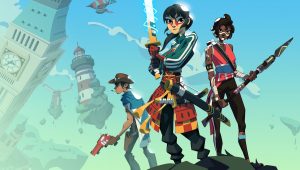 Aiko And The Masters Of Time

Saturday Animation preps ‘Aiko And The Masters Of Time’

Canada’s Saturday Animation Studio is in development on its second original children’s IP – Aiko And The Masters Of Time.

The story takes place in an age after linear time has collapsed, and then reassembled as one combined era resulting in samurai, cowboys, knights, African warriors and stone age scavengers now living together in one Mega-City.

Two star-crossed teens from different factions, Aiko and Wyatt, are caught in a life and death race with powerful forces who are intent on upending this fragile, blended existence for their own dark purposes.

“Kids around the world will be rooting for our heroes Aiko and Wyatt in this mind-bending, thought-provoking, high-concept series that will deliver on all cylinders—action, adventure, and sci-fi,” commented Fred Faubert, DDEG’s CCO and showrunner. 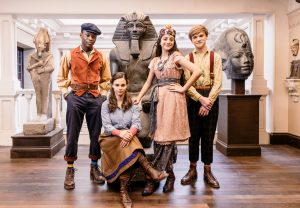 ‘Theodosia’ travels to France & Lat Am

The 26 x 30-minute series, which was produced by Cottonwood, alongside ZDF, ZDF Enterprises, HBO Max and Globo, is set in 1906 and follows the adventures of the titular 14-year-old girl, which combine both magic and Egyptology.

The series is being launched at MIPCOM next week and is is being co-distributed internationally by Federation Kids & Family and ZDF Enterprises.

Monica Levy, head of sales, Federation Kids & Family commented: “This fabulous stand-out series has already created quite a stir with our buyers, especially as we approach our first live MIPCOM in over a year.  We are very pleased to have concluded these initial sales and will have further announcements to follow as other negotiations are well underway.” 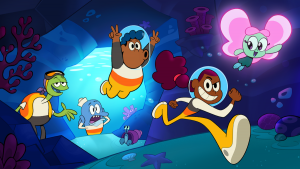 “Nickelodeon is the perfect home for this hilarious series that the whole family can enjoy,” said Jonathan Abraham, VP of sales and business development at Guru Studio. “Viewers in the UK are going to love this creator-driven series that’s packed with comedy and high-stakes adventure.”

Louise Bucknole, VP kids programming, ViacomCBS Networks UK & Ireland, added: “We have no doubt Big Blue will be the perfect addition to our Nicktoons line-up as we explore their comic underwater world. We’re looking forward to introducing these fresh characters and sharing their many adventures with the viewers around the UK.”