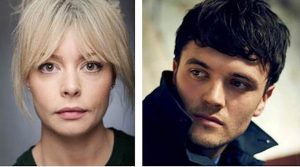 The series, written by Mark Greig and directed by Paul Murphy and Hannah Quinn, tells the story of Ciara (Lydia McGuinness), who must confront the dramatic consequences of her brother Aidan (Kerr Logan)’s decision to transport drugs at sea.

Threatened by a cartel and with a Swedish police officer (Alida Morberg) closing in, Ciara’s plans lead her family into a new series of unpredictable and dangerous events.

Sinéad Cusack and Claes Ljungmark also star in the series, which is currently filming in Ireland and set to debut on Viaplay and RTÉ in 2022. It is being produced in association with development body Screen Ireland, with international distribution handled by A+E Networks International.

It is being executive produced for Viaplay and RTÉ by Jess Pope, Christian Alveborg, William Diskay and Jonas Fors at Mopar Studios. Jon Petersson is attached for NENT Group, Andrew Byrne for Screen Ireland, David Crean at RTÉ, and Tristan Orpen Lynch and Aoife O’Sullivan for Subotica. Nell Green is producing the series.

Filippa Wallestam, NENT Group chief content officer, said: “The combination of high-stakes drama, top talents on both sides of the camera and of course a Nordic twist gives this series the ingredients of a top-drawer thriller.”

David Crean, acting head of drama at RTÉ, added: “RTÉ is delighted to be a part of this exciting series. With such a great cast, including Sinead Cusack, Lydia McGuinness, and Kerr Logan, North Sea Connection is going to be a real treat for Irish viewers in 2022.”