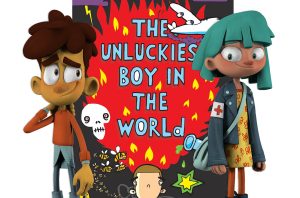 A new UK & China-based kids and family production company, Threewise Entertainment, has launched with a slate of original projects.

Threewise was founded by producers Michael Ford and Luna Luo and launched with a six-figure investment, with plans to close a half-a-million first investment round before the end of 2021.

The company’s first live-action children’s adventure series, Taylor’s Island (working title) with Nickelodeon and Freemantle is due to start filming on location in Australia this summer.

Conceived by Ford and writing-duo Matthew Cooke and Vincent Lund, the 20 x 22-minute series follows the adventures of Taylor and her friends, as they explore the strange happenings on their beautiful island home, whilst searching for her missing uncle.

Unlucky Chucky is a stop-frame series aimed at 7-11-year-olds based on the children’s book The Unluckiest Boy in the World by Andrew Norriss, with development funding from the BFI’s Young Audiences Content Fund.

The 52 x 11-minute series is written by Maria O’Loughlin (101 Dalmatian Street), with a UK broadcaster reportedly onboard and Nicola Andrews of Hemisphere Media Consultancy appointed to handle pre-sales in LatAm, Australia and New Zealand.

The company’s first drama, Freestyle, can currently be found on BBC iPlayer as part of the CBBC Snaps: New Voices, New Stories series. Freestyle is a drama about a young deaf swimmer in the most important race of her life. Co-created with deaf talent both on and offscreen, and co-written and directed by Deaf director Samuel Dore.

“Threewise is always on the lookout for fresh new ideas and two-way international co-productions,” said Ford. “We are very excited to be attending next week’s The Children’s Media Conference (CMC) and CMC International Exchange, and are looking forward to meeting and discussing our ambitious ideas with like-minded producers and buyers.

The dramas I watched when I was young still influence the way I live my life now, and Threewise is deeply passionate about stories that reflect modern life as it is, whilst also striving to show the best of what it can be.” 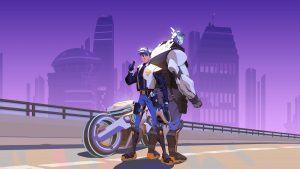 Canada’s Saturday Animation Studio is in development on its first original series, Chase And Catch.

The new animated series is described as a “high-octane action comedy” which is being developed for global distribution.

The 13 x 22-minute show is aimed at boys aged 7+ and will follow teenager Kenzo Chase, who joins the futuristic Vivacity police force where he must learn to work as a team with his strait-laced, prototype robot partner Catch.

Saturday Animation Studio is a subsidiary of Montreal-based Digital Dimension Entertainment Group (DDEG) founded with a mission to “bring back the magic of Saturday mornings.”

“Inspired by classic 1980s cartoons, Chase And Catch is a high-speed story about brotherhood, collaboration, belonging, and carving your own path,” commented Fred Faubert, DDEG CCO and showrunner.