NBCUniversal’s Susan Rovner has appointed a raft of execs to oversee content for its newly restructured entertainment operation, with Peacock’s head of originals Bill McGoldrick set to leave the company as a result.

Rovner, who left Warner Bros. earlier this year to become chairman of entertainment at NBCU’s new-look TV and streaming division, has named Lisa Katz to oversee scripted and Rod Aissa and Jenny Groom to lead unscripted.

Katie Hockmeyer has been appointed to run late night, while Tracie Wilson oversees syndication and Jen Neal heads up specials and live events.

Former 20th Century Fox TV exec Katz, who becomes president of scripted, has been with NBCU since 2016 and was most recently co-president at NBC alongside Tracey Pakosta, working on shows including This Is Us and Zoey’s Extraordinary Playlist.

Aissa, who has been with NBCU since 2012, was most recently overseeing originals at Oxygen and E! but will now lead on all unscripted lifestyle and docs in his new role of EVP of unscripted.

He will work with Groom, who has the same title but will focus on gameshows, talent and reality. She has been with the company for almost 20 years and will work across shows previously under the purview of Paul Telegdy and Meredith Ahr, both of whom have now left.

The restructuring means there is no place for McGoldrick, who was appointed a year ago to oversee originals for Peacock, as well as NBCU cablenets Syfy and USA. 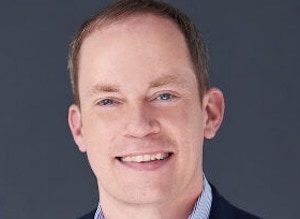 As per Rovner’s remit, the execs below her will now oversee all of NBCU’s entertainment content for Peacock, broadcast network NBC and the company’s swathe of cablenets, including Oxygen, USA, Syfy, Bravo, E! And Universal Kids.

The changes, which are part of Mark Lazarus’s wholesale revamp of NBCU’s operations to focus on streaming, mean that execs will now work across the entire portfolio of networks as well as Peacock.

It will also result in extensive job losses, with the restructuring of Rovner’s division following the promotion of lifestyle networks president Frances Berwick earlier this year. She now heads up NBCU’s television entertainment business, alongside Rovner’s team which oversees programming.

Berwick, who is a veteran of NBCU and previously had a remit across networks including Bravo and E!, has oversight of commissioning and acquiring content across all networks and day-parts, as well as working on windowing strategies between NBC and its cablenet siblings.

Rovner said in a memo to staff that the new execs would “work to thoughtfully align their teams and develop their own organisational structures… over the next few months.”

She added: “The level of experience, expertise and creativity in this collective group is overwhelming and I am thrilled by the sheer idea of the great television we are all going to make together.