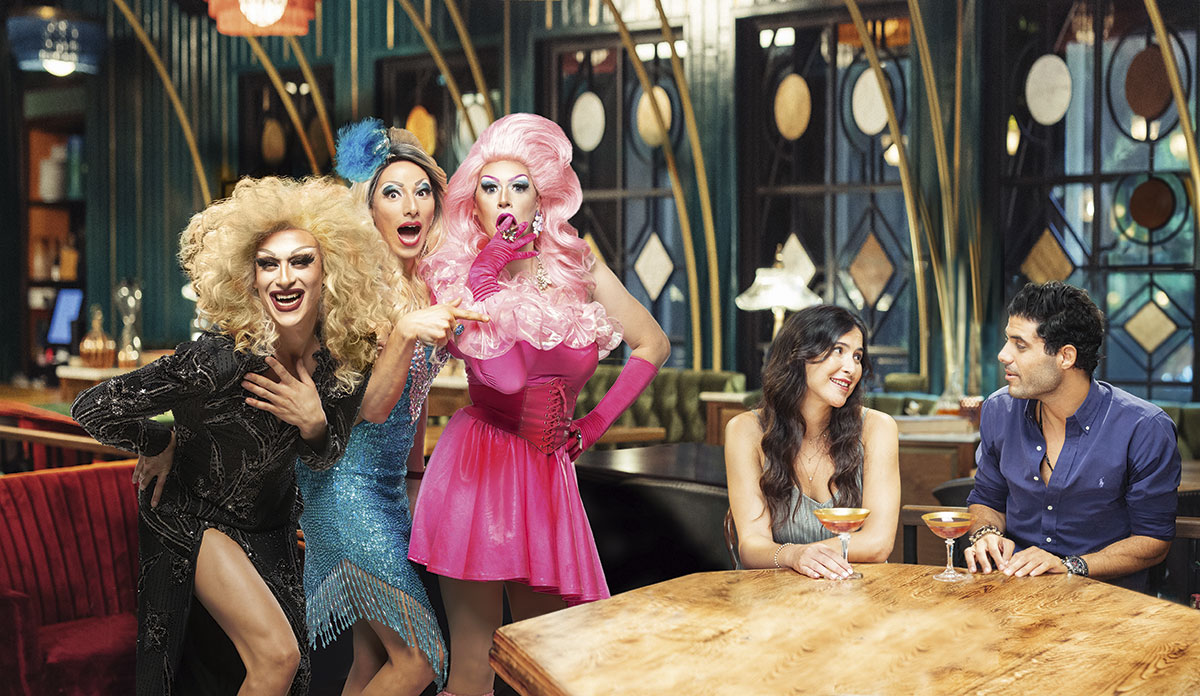 There’s plenty of twists on the relationship show at this year’s MIPCOM (see TBI’s Hot Picks for Five Guys A Week and Marrying Millions).

Queens Of Love is another, very different spin on dating. Developed in-house by formats specialist Armoza Formats, it’s billed as a new take on the genre: three fabulous and outrageous drag queens are charged with rescuing the love life of a singleton every episode by auditioning four potential suitors together.

The drag queens coach the singleton and then sit with them to help cut through the small talk of a first date, using their first-hand experience of both genders to bring out the truth from each suitor and find out the information that really matters.

According to Moshiko Cohen, senior creative director in Armoza’s development department, the questions they ask can be extreme and very funny – how much they earn, whether they have cheated, or to explain their social media activity.

But the idea is to discover “the true essence” of the suitors, and work out if there is “a fit and a chemistry” with their singleton.

Shows such as RuPaul’s Drag Race have proved that drag queens are a draw on television. “There’s something about the fact that they are in costume,” says Cohen. “People open up to them.” He describes the three drag queens in the pilot that Armoza has produced as being like “human lie detectors”.

The result, he says, is a fun watch and relatable hour-long format that should appeal to younger viewers. As is customary for Armoza, the pilot for Queens Of Love has been produced without a broadcaster attached. Armoza, now backed by ITV Studios, is launching the format in Cannes, where it will be introduced to buyers for the first time.