Show of the week: Stinky Dog 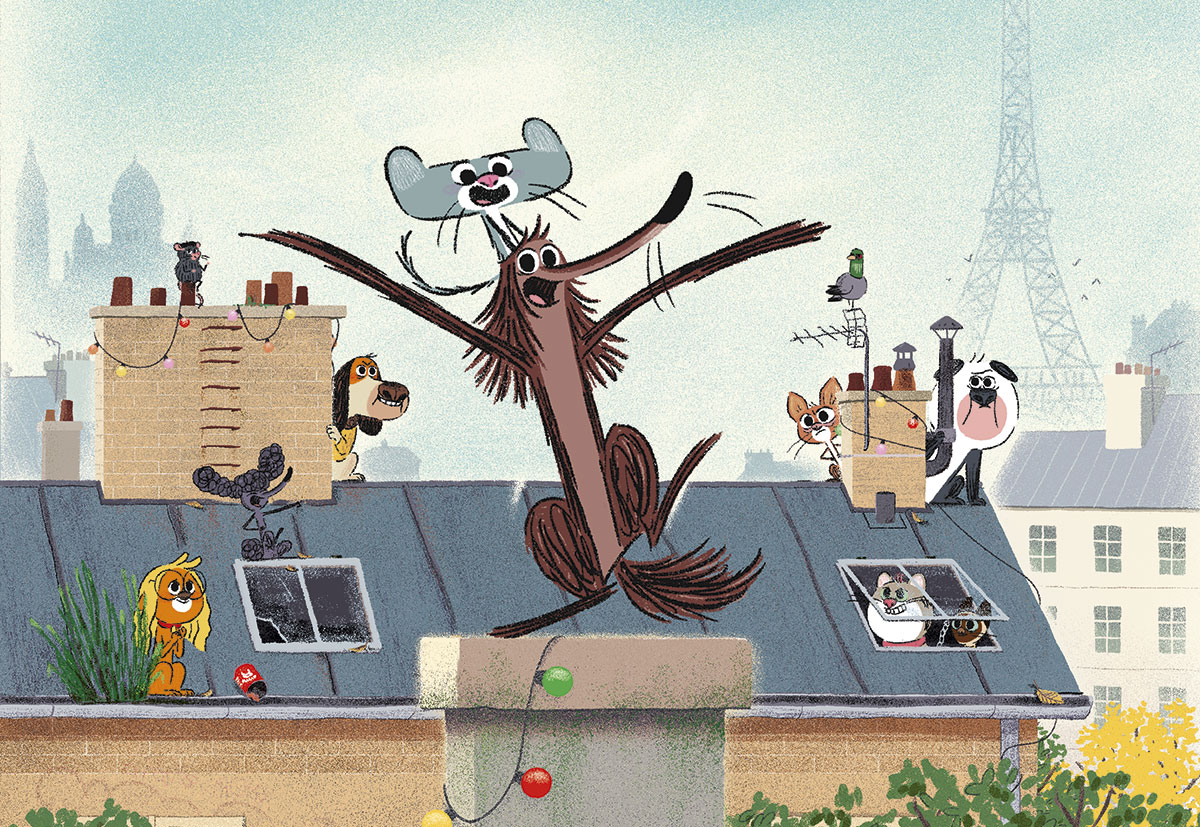 This 2D animation is set to have its exclusive world premiere at this year’s MIP Junior, where Emmy Award-winning French producer and distributor Dandelooo will be showcasing the first two episodes of the slapstick series.

The 52 x 11 minute show has been commissioned by France Télévisions and is based on the series of books written by Colas Gutman, which were illustrated by Marc Boutavant and published by L’école des Loisirs.

The series follows a couple of misfits, Stinky Dog and his friend Flatty Cat, who live in a rubbish bin and who are regarded as down-and-outs by those around them.

Each episode tracks the duo as they undertake adventures, which are often complicated because of Stinky Dog’s impulsiveness. Yet during these “wild and hairy pursuits,” the studio says, “he sends hypocrites flying and knocks thieves for six… even if it’s usually only through his own clumsiness”.

The show is being targeted at 6 to 10-year-olds and has been produced by an array of European outfits, including Dandelooo, Folivari, Belgian production company Panique! and Catalan animation studio Pikkukala. It is due to deliver in 2020.