UKTV invests in drama with Collie Cousins as first commissioner 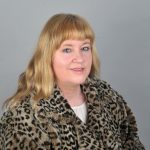 Reporting to Pete Thornton, senior commissioning editor for scripted content, Philippa will join UKTV in May and will oversee all upcoming original drama series for the broadcaster.

The news arrives as the broadcaster has announced a major push into drama. It is actively seeking to commission four original six-part crime series and thrillers for channels Alibi and Drama.

Collie-Cousins’ arrival signals the continued expansion of UKTV’s commissioning team as the total number of commissioned hours from indies is set to grow by nearly a third in 2018.

UKTV CEO Darren Childs has claimed this year that its investment in original programming is driving gains in both on-demand and linear viewing.

Collie Cousins is the BAFTA Award winning director behind The Deadness of Dad, starring Rhys Ifans. She has also worked with Fresh Pictures, BBC Indie Commissioning and Hartwood West in various roles.

Thornton said: “I’m thrilled at the prospect of Philippa joining the scripted team at UKTV to spearhead our move into drama commissioning.

“She brings with her a wealth of invaluable experience and a reputation for impeccable taste, having been involved in the development and production of some of the UK’s best loved dramas of recent years. This is a busy, dynamic and exciting time at UKTV and I can’t wait to welcome Philippa to the team.”