UKTV plotting to increase indie original hours by a third

British channels group UKTV is planning to increase the number of hours it commissions from UK indies by a third in 2018. 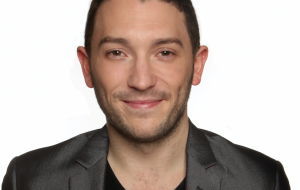 These included thematic net Gold taking its highest ever ratings for Murder on the Blackpool Express and original programmes making up eight out of ten of flagship net Dave’s best rated shows.

The news comes after UKTV revealed it would move into coproductions and was commissioned drama for the first time.

“Twenty-eighteen will see UKTV operate increasingly as a full-service broadcaster, with year on year growth in the volume of original hours and the breadth of genres we cover,” said UKTV director of commissioning Richard Watsham.

“Expanding our output further allows us to work with a larger than ever pool of on and off-screen talent and provide some of Britain’s best producers a different route to get their ideas to air.”

Jon Richardson: Ultimate Worrier (above right) will be a 8x60mins comedy format in which the titular comedian attempts to analyse, assess and log all of his many concerns.

Each episode will see Richardson, a studio guest and a range of experts explore how severe each of his worries, which include what the world should do with singer Morrissey, actually are. 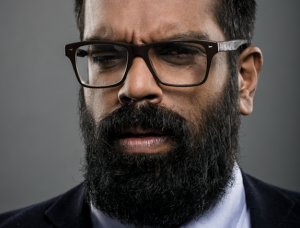 Hungry Bear Media is producing the 10x30mins series, which UKTV bills as having “all the drama of the courtroom with a triple-dose of funny”.

Watsham said UKTV was “particularly excited to be working with Jon Richardson and Romesh Ranganathan, two fantastic Taskmaster alumni, who will help us continue to lead in the development of bold, new comedy entertainment formats”.

On the doc front, the 10x60mins Cop Car Workshop is a Blink Films-produced series that goes behind the scenes of a British police car workshop.

Inside the Vets, meanwhile, is a 15x60mins continuation of the W network’s Inside the… strand. It will use fixed-rig cameras to follow the work of veterinary surgeon Clive Munn and his team in Kent. Brown Bob Productions is producing.

Earlier this month, UKTV CEO Darren Childs claimed investment in original programming had led to big gains in both linear and on-demand viewing.

“With another significant push into original programming this is a genuine statement of ambition for UKTV,” said Watsham.