The CEO of British multichannel broadcaster UKTV, Darren Childs, has claimed investment in original programming is driving big gains in both on-demand and linear viewing. 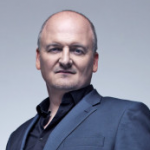 The BBC Worldwide- and Scripps Networks Interactive-owned company noted that eight out of its top ten performing shows in 2017 were originals.

Childs singled out entertainment format Taskmaster, which plays on free TV channel Dave and is being remade by Comedy Central in the US, as the most-watched show on on-demand service UKTV Play.

Furthermore, UKTV Play crossed the 100 million views barrier for the first time, with views up 75% year-on-year.

Dave and Drama, meanwhile, remain the highest performing non-public service broadcasting channels in the UK, according to BARB stats.

“We’re creating our own IP through UKTV originals at a greater scale than ever before, and that’s allowed us to drive on demand viewing to new highs, as well as bringing new audiences to linear television,” said Childs.

“Our new and exclusive shows are driving audiences to our fastest-growing brand, UKTV Play. That ensures we can offer advertisers data-driven targeted advertising on demand, as well as advertising to mass broadcast audiences through our large, established, linear broadcast channels.

“While the competitive challenges remain significant in television, we’re continuing to invest in creative storytelling and brilliant entertainment that our viewers love, and that makes me optimistic for the future.”

In November, a report emerged linking the BBC with a complete takeover of UKTV, with a plan to acquire Scripps’ 50% stake after the latter completes its deal to sell to Discovery Communications.