Selling up to The Walt Disney Company could give subscription on-demand service Netflix a route into the lucrative sports content game, according to a research house.

Disney has plans to monetise its ESPN cable channel as an SVOD service, and buying Netflix could supersize its ambitions, Simon Murray (below left), principal analyst at Digital TV Research told TBI. 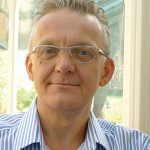 “Streaming live sports is going to be huge in the next few years,” he said. “Netflix has said in the past that it isn’t interested in sports, but, of course, Disney owns ESPN. Imagine a Netflix platform that carried live sports – that would be pretty impressive.”

Netflix’s share price shot up yesterday upon rumours Disney was giving serious thought to an acquisition of the market-leading SVOD service, which operates in 188 territories.

Digital TV Research’s Murray said that HBO’s success launching SVOD service HBO Now without compromising its carriage deals was a positive sign. “HBO offering an OTT platform in the US has already shown that the risk of cannibalisation is quite small,” he added. “Maybe Disney’s deals with pay TV operators – especially in the US – wouldn’t be harmed that much.”

For Netflix, the upside would come from scale, Ampere’s Broughton added. “Netflix would gain access to Disney production assets, which could help shave costs – particularly for originals,” he said. “That’s important for a low margin business like Netflix.” 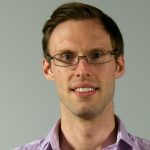 Furthermore, a merged business would “acts as a hedge against further broadcast TV declines”, said Broughton. “Disney’s single largest business line is media networks, which is facing intense pressure from cord-cutting partly caused by Netflix,” he added. “If the trend does continue, owning the prime culprit is a safe strategy.”

However, analysts have warned there were a number of potential obstacles. These include rights issues and pay TV movie exclusivity, as many Disney films are part of long-term rights agreements, and the debt load Netflix would place on the Mouse House.

“Despite its focus on originals, Netflix is still reliant on acquired content,” said Broughton. “The reaction from other content owners in terms of willingness to sell to a rival’s platform could mean a Disney-owned Netflix faces steeper content acquisition costs and potentially new rivals set up by other content owners.”

“I am not at all convinced Netflix would be a good fit for Disney,” said Tony Gunnarsson, senior analyst of TV practice at Informa-owned research house Ovum.

“Disney has always strictly stayed clear of anything that might be seen as shocking, controversial and/or overly adult – for fears of upsetting American cultural sensibilities.

“On the basis of Netflix’s original programming alone, which from Orange is the New Black to Chelsea and beyond is intentionally all those things, I don’t think there is any realistic chance of this ever happening.”