Amazon Prime and Hulu viewers in the US “almost always” have a Netflix subscription, according to new stats by Hub Entertainment Research. 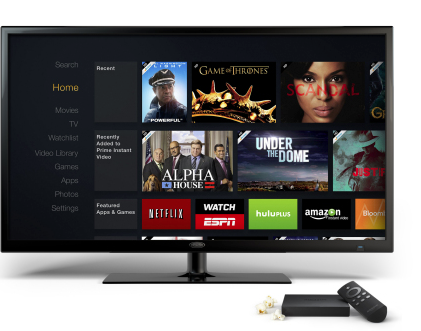 The US research found that 83% of Amazon Prime users, and 93% of Hulu users also use Netflix – the service that claims the lion’s share of SVOD accounts.

Some 57% of viewers with broadband subscribe to Netflix, while 24% watch Amazon Prime and 13% subscribe to either the limited commercials or ad-free forms of Hulu, according to the report.

Hub said that viewers who subscribe to Netflix alone spend 32% of their total TV time watching the service.

However, it warned that as viewers subscribe to more services, Netflix may face “more competition for disposable TV time”. For example, subscribers to both Netflix and Hulu spend only 24% of their total viewing time watching Netflix.

“Netflix doesn’t seem to run much risk of being replaced—viewers are adopting other SVODs in greater numbers, but to supplement Netflix not replace it,” said Peter Fondulas, principal at Hub.

“But where there will be more competition is to be the first stop on the virtual dial, as consumers’ finite TV time is allocated across more alternatives.”

Overall, Hub found that 66% of TV viewers with broadband subscribe to at least one SVOD service – including 64% of those with a traditional pay TV package.