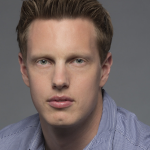 Skydance Media, the US film and television studio behind series such as Grace and Frankie and upcoming Altered Carbon, has raised US$700 million in funding.

This will be used to finance ongoing business in Skydance’s studio units, as well as acquisitions and productions coming from its Skydance International arm.

The firm’s TV arm, Skydance Television, is known for comedy Grace and Frankie and sci-fi drama Altered Carbon, both of which are for Netflix, plus Red Mars for US cable channel Spike TV and Jack Ryan for Amazon Prime Instant Video. It is also working on Dietland, a new project from UnREAL showrunner Marti Noxon.

On the film front, it is known as a producer and financier of Paramount Pictures movies such as Star Trek Beyond, Jack Reacher: Never Go Back, World War Z, Terminator Genisys and various Mission Impossible

Around US$200 million of the new funding has come from a consortium of existing shareholders, with the other US$500 million coming in the shape of a credit facility. Skydance and J.P Morgan Chase arranged the new credit line.

David Ellison (pictured), Skydance’s CEO, founded the company in 2010 as a film company. He then created the television production and financing arm in 2013.

Ellison is the son of Larry Ellison, who is the co-founder of US technology company Oracle, and the sister of Megan Ellison, the film financier who runs Annapurna Pictures, which controls rights to the Terminator.