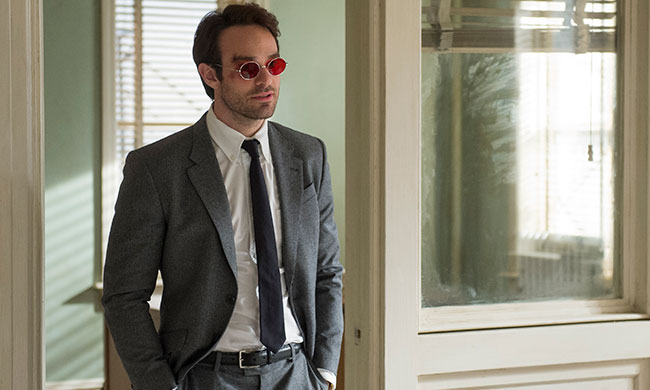 Regular Netflix users in the US watch ten shows and four movies per week via the platform, according to GfK.

The research firm claims that users surveyed three years ago watched only five TV shows such as Daredevil (pictured) per week via Netflix, while those tuning into the SVOD service on mobile devices has also more than doubled in the same timescale.

According to GfK, 24% of monthly Netflix users reported viewing content on the service in the past month via one or more mobile platforms – up from 10% three years ago. Monthly viewing on TVs was found to have risen from 36% to 47% and watching on laptops or desktop jumped from 17% to 25%.

GfK’s ‘Over the Top TV 2015: A Complete Video Landscape’ study said that 25% of regular Netflix users ‘binge’ on content “often” or “all the time” – watching three or more programmes in one sitting. Among people aged 13 to 35, some 31% reported this behaviour.

“Netflix is a TV ecosystem unto itself, and now an established force in the total TV marketplace,” said senior vice president of media and entertainment at GfK, David Tice. “But it represents just one aspect of an increasingly complex OTT picture, which also includes subscription services like Amazon Prime and Hulu, delivery systems such as Roku and Apple TV, and threatened incumbents like cable and satellite companies, which aretrying to leverage their content with TV Everywhere options.”

“The upshot is that OTT has now gone mainstream, and consumer expectations of control over their viewing experience continue to rise.

“When today’s teens become breadwinners, they may bypass traditional distribution channels in ways we cannot even imagine now – challenging all of today’s content players to stay up to speed and continue to experiment with delivery innovations.”

GfK said that if its survey findings are projected to the full population, the average US consumer aged 13 to 54 watches roughly five TV shows and two movies per week via Netflix using one or more platforms.