US-based digital company AOL is launching its premium web vide platform AOL On Network in the UK and has signed up a batch of content providers for its debut. 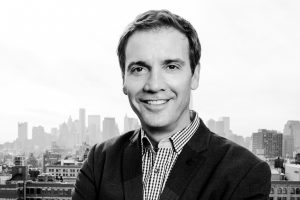 The premium syndication platform included curated and original content and already operates in North America. In the UK, it will sit alongside branded content distribution business Be One and video trading platform Adap.tv.

In addition to an online video hub, AOL On apps will be available in the UK on the Apple App and Google Play stores from early April.

“We’re coming to the market with a new offering at a time when there is an increasing appetite and demand for online video from advertisers and consumers,” said AOL’s head of international Graham Moysey (above).

“On is already the web’s largest premium curated video library and today we’re launching with some of the UK’s leading content producers and publishers and looking forward to getting many more on board in the coming months.”

In North America, AOL On Network has achieved one billion content streams, according to ComScore figures. AOL says its AOL Originals content slate is in part responsible for the growth.