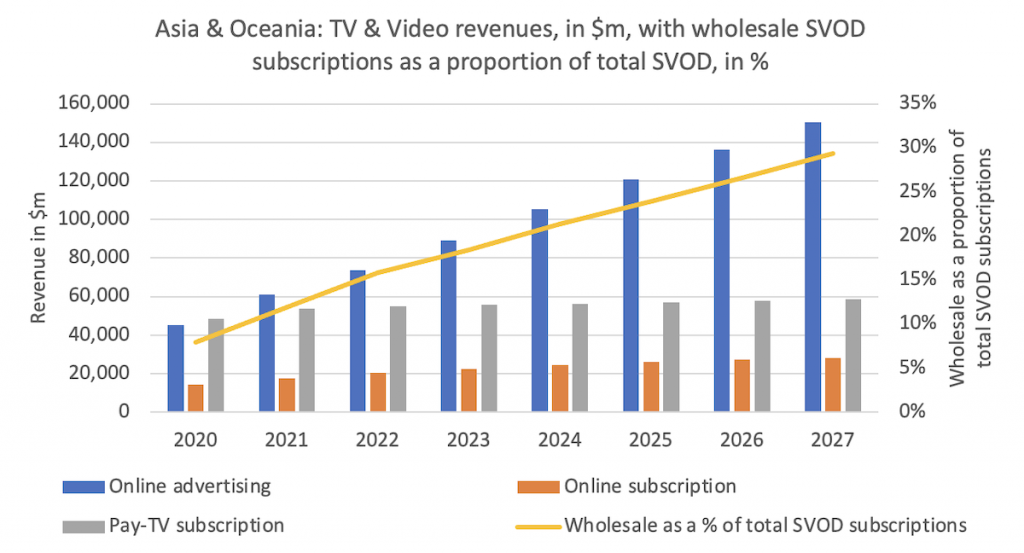 Ahead of the Asia TV Forum later this week, Omdia’s Tony Gunnarsson explores how viewers across the region are set to adapt to SVOD and hybrid services.

In Asia & Oceania, there are now more people taking SVOD than pay-TV – SVOD subscriptions overtook pay-TV in mid-2022 – and in the years to come, SVOD is expected to reach enormous scale previously unseen by pay-TV.

In the period 2019 to 2027, Asian SVOD subscriptions will more than double to 860 million (from 421 million subscriptions in 2019). It isn’t so much that pay-TV is disappearing – actually pay-TV is plateauing, if anything, and Omdia believes that overall pay-TV will remain relatively flat for the foreseeable future.

Instead, it is the sheer size of the increase in SVOD that is responsible for this transformation. Already, the onward march of SVOD has radically re-focused the entire TV & video market – we are today in a very much streaming-first world already. 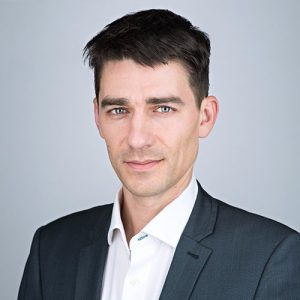 At a household-level, self-bundling of SVOD continues to be a major trend globally, where households buy more than one SVOD service concurrently, while regularly alternating between services. The average number of services per household in Asia is currently at 1.88 services; by 2027, it will have grown to 1.98 services per home. But SVOD growth rates are starting to slow down.

In Asia, the annual growth rate for SVOD subscriptions is +10% for 2022 and the same rate is expected for 2023, but from 2024 onwards Omdia expects single-digit annual growth to be the norm, with 2027 currently set at +3.4% based on what we know today. Underlying these admittedly preliminary figures is the transformation of SVOD as we know it – we’re on the threshold of a major return of advertising to TV & Video in general, and for online video a major shift from direct retail to indirect wholesale arrangements via operators.

In a major industry shift, all major global SVOD providers are now committed to advertising, with Netflix and Disney+ in the lead, currently in the first phase of rolling out ad-supported tiers on their subscription services globally.

Omdia’s initial analysis of the two global SVOD market leaders shows that by 2027 66% of Netflix’s subscriptions will be ad-tier and for Disney+ it’s as high as 75% (and that’s excluding Disney’s SE Asia market leading hybrid AVOD/SVOD platform Disney+ Hotstar, which by 2027 is expected to have around 50 million ad-tier subscriptions).

Omdia believes the next few years will see most if not all major SVOD services shift towards a hybrid AVOD-SVOD model.

Whereas customers globally have been educated by the likes of Netflix that advertising is a thing of the past associated with legacy linear TV platforms, this about-turn means the vast majority of people watching streaming video in the future will be exposed to adverts.

Meanwhile, the DTC revolution – pioneered by Netflix and Amazon through the 2010s but made mainstream by 2020 – is starting to come to an end.

For most consumers, the next few years will bring about changes to how they watch premium online video streaming services, how they pay for them, how much they pay, and who they pay.

Operators are increasingly responsible for bundling, aggregating and curating SVOD services—and it is not exclusive to mature Western markets, but a truly global trend. While by no means new – operator bundling of third-party SVOD has been a mainstream activity since the late-2010s – the role of operators as key distributors and curators of SVOD has massively increased.

According to Omdia’s preliminary analysis, in 2022 just under 1/5 of all SVOD subscriptions globally come through operator bundling, where the SVOD subscription is sold together with telco TV, mobile or pay-TV services.

For most consumers, the next few years will bring about changes to how they watch premium online video streaming services, how they pay for them, how much they pay, and who they pay.

Customer perception of pricing will undergo a radical change, as customers will learn what Netflix with ads versus Netflix without ads will cost and they will each individually have to undergo a cost-and-benefit analysis whether to opt for a more expensive subscription for a seamless viewing experience without adverts, or whether the lower price with adverts offers them better value for money.

Omdia firmly believes most consumers will opt for the cheaper ad-supported alternative—this will be the only way that they can afford to access multiple ‘must have’ SVOD services.

Tony Gunnarsson is principal analyst for TV, video & advertising at Omdia. Tony will be presenting findings based on the article above at the Asia TV Market & Forum later this week, during a keynote presentation at the ATF Leaders’ Summit on 7 December (1pm).