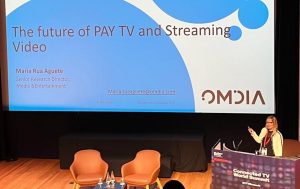 Overall SVOD subscription numbers are increasing in the UK, despite the country’s current cost-of-living crisis, with 80% of households subscribing to at least one service, as of this month.

The data comes from new research by analyst firm Omdia, which also shows that YouTube and BBC iPlayer are the UK’s most popular online video services. Netflix, however, remains the country’s number one SVOD, despite its recent Q1 losses, with 15.5 million subscriptions, followed by Amazon Prime Video (10 million) and Disney+ (7.5 million).

Speaking at this week’s Connected TV Summit, Omdia senior director, Maria Rua Aguete, said UK consumers dealing with the cost of living crisis are actually tending to spend more on their streaming services, rather than less, as they prefer to cut other expenses other than their home entertainment in the face of rising costs. 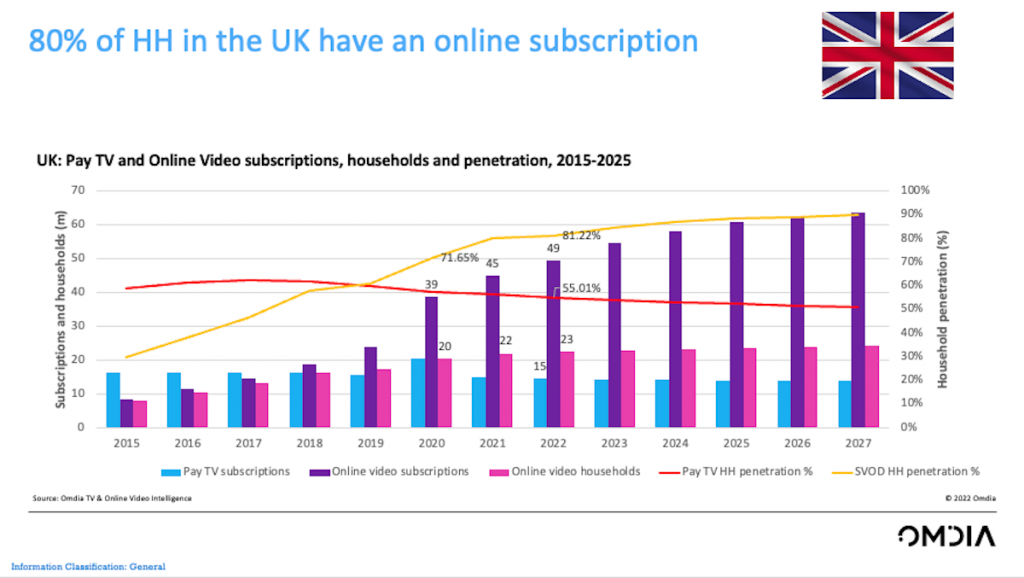 In-fact, the Omdia research shows that by making cuts in other spending, consumers have been able to subscribe to extra services.  Currently, the average UK household has 2.6 pay subscription services at home, two SVOD services and 0.6 Pay TV.

However, the churn rate has increased significantly in the last 12 months, with 45% more subscription video services cancelled, while overall there are 20% more churners compared to last year.

The Omdia research meanwhile suggests that those with four streaming video services per home are the ones churning less than those who took more than seven SVOD services, with this group being among the highest churners.