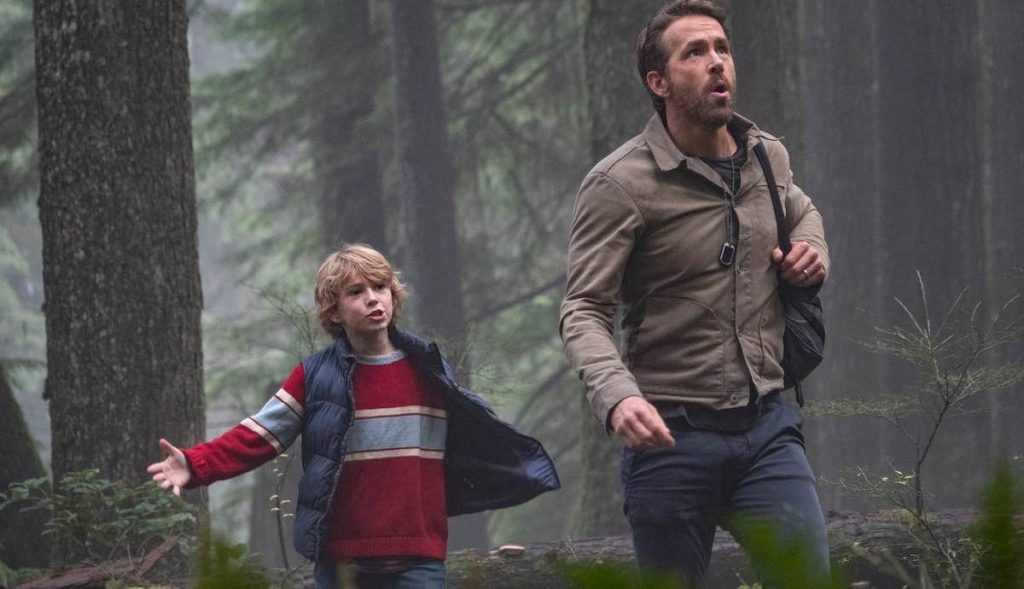 Netflix suffered a battering from investors after its first quarter 2022 results, but how did its expensively assembled line-up of content perform with subscribers in the same period? Omdia’s Tim Westcott & TBI’s Richard Middleton delve into the data.

Netflix has had downturns before but few come close to the overnight decline it suffered earlier this year.

Following a pandemic-fuelled growth period over the past two years or so, the streamer’s stock among investors had been on the decline through 2022 and it came back to Earth with a bump in April – as did its share price – after revealing a drop in subscribers and, probably more importantly, more pain to come.

Yet behind the headlines, the shows on the streamer over the same period seemed to reflect a robust line-up of content to tempt subscribers. But was this reflected in the number of viewers watching those programmes? 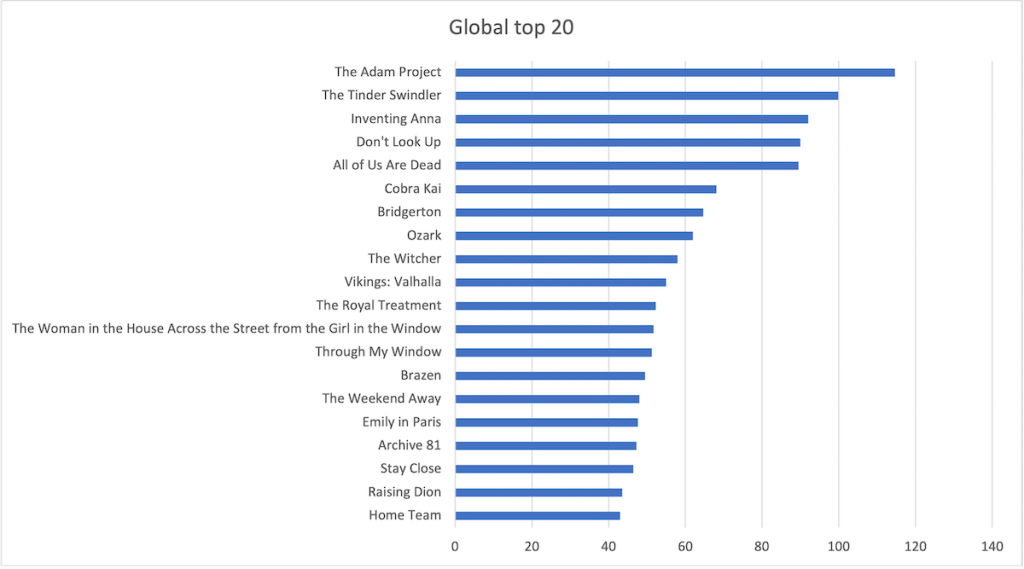 Using data from PlumResearch, analysts at Omdia have broken down which shows performed strongest through the period based on estimated number of viewers. The figures, which estimate the top 20 most viewed series and non-series content on Netflix across 43 countries and globally, highlight the power of US programming, with 17 of the top 20 shows viewed during Q1 2022 originating from the US.

The scale of that dominance is partly down to Netflix’s heavy reliance on US-based subscribers, although shows such as All Of Us Are Dead from South Korea – which came in fifth with almost 90 million viewers – highlights the country’s ongoing contribution to global viewing for the SVOD.

Sci-fi adventure The Adam Project was the top performer globally with 115 million unique viewers worldwide, according to the data, compared with Lupin’s 106 million viewers over the same period last year.

However, The Adam Project pales when compared with 2021 smash hit Squid Game, but Tim Westcott, Omdia’s senior principal analyst for digital content & channels, says such a comparison only underlines the uniqueness of the Korean drama.

“Squid Game was number one in Q4 with 213 million viewers, so it is a bit of a comedown,” says Westcott, “but in our view the difference just underlines what a phenomenon the Korean series was rather than anything more worrying for the streamer.”

There were two shows in the global top 20 that had no US connection in addition to aforementioned All Of Us Are Dead, with docuseries The Tindler Swindler from the UK’s Raw TV snagging second spot for the quarter with nearly 100 million views over the three months.

Further down in 13th spot was Spanish romance series Through My Window, with 51 million views. 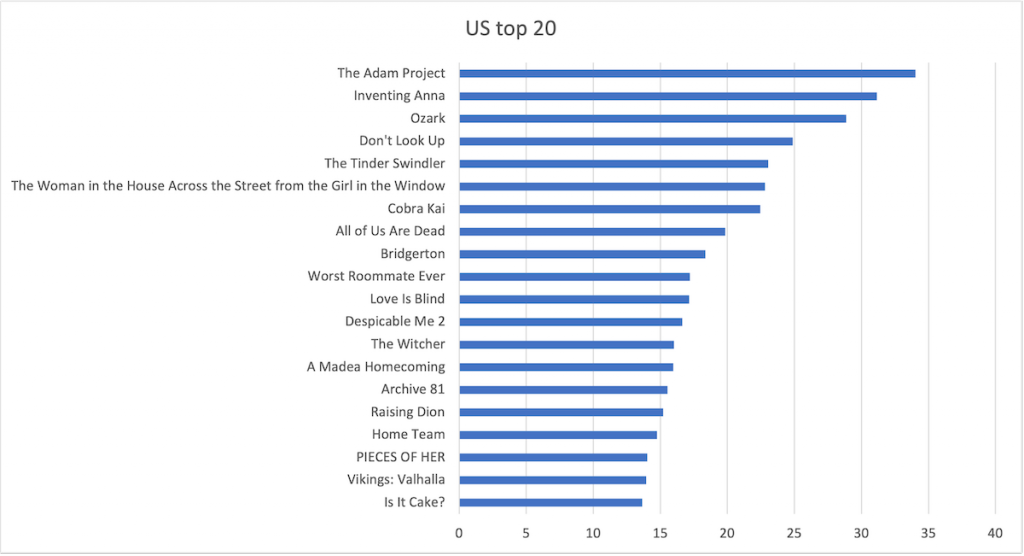 While US-originated programming dominated global viewing, breaking down the most viewed shows on a country-by-country basis reveals the reach of Netflix’s shows from outside of the States.

The Tindler Swindler, for example, was top in countries including the UK, Belgium, Denmark and France, according to Plum’s data, while The Adam Project secured top spot in Italy, Brazil and Germany.

“The streamer is of course a global platform, but with the US accounting for 30% of Netflix worldwide subscribers, its viewing tends to skew the global picture somewhat,” Westcott explains. “The Adam Project took top spot in the US with 34 million viewers, and outside the US (in the 42 other countries tracked in our research) with just under 83 million.

“However, the UK documentary The Tinder Swindler was number one in 16 countries, compared to eight for The Adam Project, and South Korean horror series All Of Us Are Dead was also number one in eight countries.”

While the top shows for the majority of the 43 countries covered by Plum followed a similar pattern – predominantly led by either The Adam Project or The Tindler Swindler in one of the top two spots – it’s also worth noting the considerable difference in viewing tastes in India and Japan.

India’s most viewed show through Q1 2022 was romantic series Chandigarh Kare Aashiqui, followed by Badhaai Do and then Friends, with The Adam Project coming in fourth – The Tinder Swindler did not come in the top 20, according to Plum’s data.

In Japan, meanwhile, the top 10 most viewed shows was dominated by local programming with just three programmes not originating in the country. Two of those were South Korean series – All Of Us Are Dead and Juvenile Justice – while sci-fi comedy movie Don’t Look Up took the 10th spot.

The information above is from the Netflix International Viewing Dashboard, produced by research powerhouse and TBI sibling, Omdia. It is available as an add-on to customers of Omdia’s Digital Content & Channels Intelligence Service. For more information, click here.