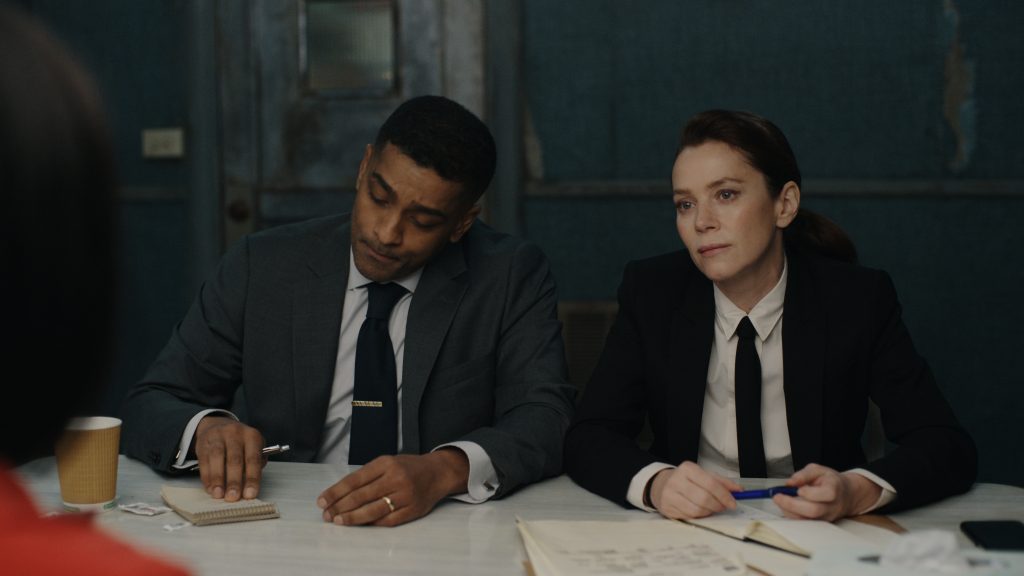 The Nordics have always tended to be at the forefront of global streaming trends, neatly reflected by the 55 SVODs operating in the region at the end of 2021. Tony Gunnarsson, principal analyst at research powerhouse and TBI sibling Omdia, reflects on the past decade and picks out key trends for the future.

In the 2010s, the Nordic online video market was dominated by a handful of services, with Netflix at the top, followed by regional services HBO Nordic and Viaplay, and a range of smaller virtual pay-TV services like C More, TV2 Play, TV2 and Ruutu+.

In 2022, several new services are trying to gain a permanent place in the top ranks of SVOD in Nordic countries: Apple TV+, Disney+, Discovery+, HBO Max, Paramount+, BritBox and Starzplay.

Omdia’s Global Online Video Services Tracker shows that in Q4 2021, there were 55 SVOD services in the region, reflecting an average of 14 SVOD services per country. 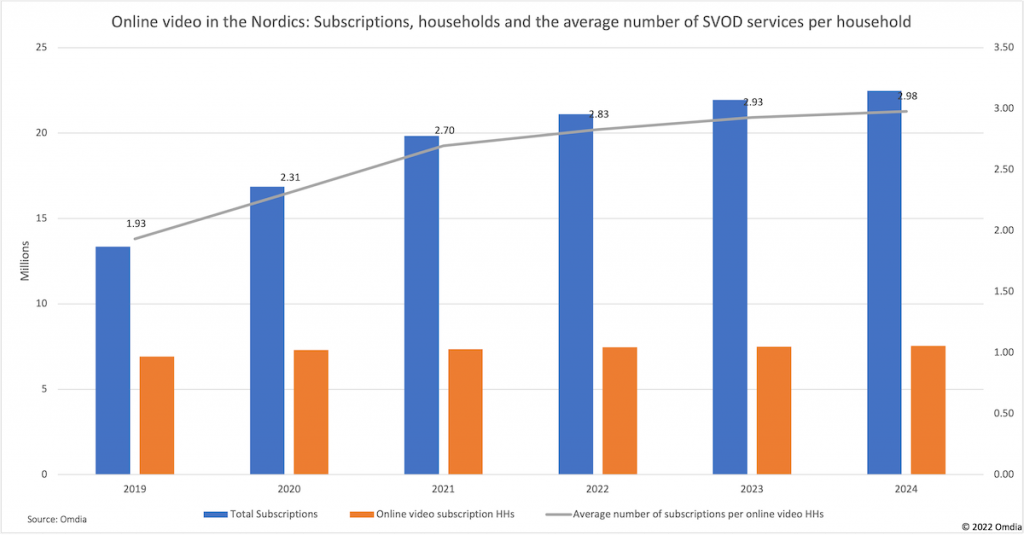 The Nordic countries were some of the first in the world to experience a digital crossover in subscriptions during 2019, with the shift from pay-TV to online video. But being ahead of the curve means that Nordic streaming is quickly heading towards maturity.

Omdia’s latest forecasts for the Nordic countries show that online growth is now starting to decelerate: the total number of paid subscriptions in 2025 is expected to reach 24.4 million, an increase of just one million new subscriptions across the region per year.

One key theme that Omdia has observed in the Nordic market is that a fiercely competitive online video landscape tends to promote customer disloyalty, as households must alternate between different services to catch must-see new release content.

There are two dominant streaming services in the Nordics: global leader Netflix, and Viaplay, the regional player that plans to premiere at least 70 originals this year, with shows such as The Box and The Meaning Of Life.

Both are faced with maturing subscriber bases and they are leaning hard on producing local language original content to fight off the competition. In the case of the four Nordic countries, none of the markets are large enough on their own to warrant continuous investment in original content, unless the same content can be exploited in other markets as well.

The Nordic countries are good as a test-bed for new products and services, but few of the new entrants are likely to become mass-market services in the region.

In the years to come, Omdia expects a degree of consolidation in how services are made available to customers, as many of the newer services find that they’re unable to compete D2C, and are, therefore, being forced into B2C arrangements, where they can piggyback on bigger players with greater scale.

Tony Gunnarsson is principal analyst at global research powerhouse Omdia, which – like TBI – is part of Informa. For more in-depth data and analysis of content strategies, click here.