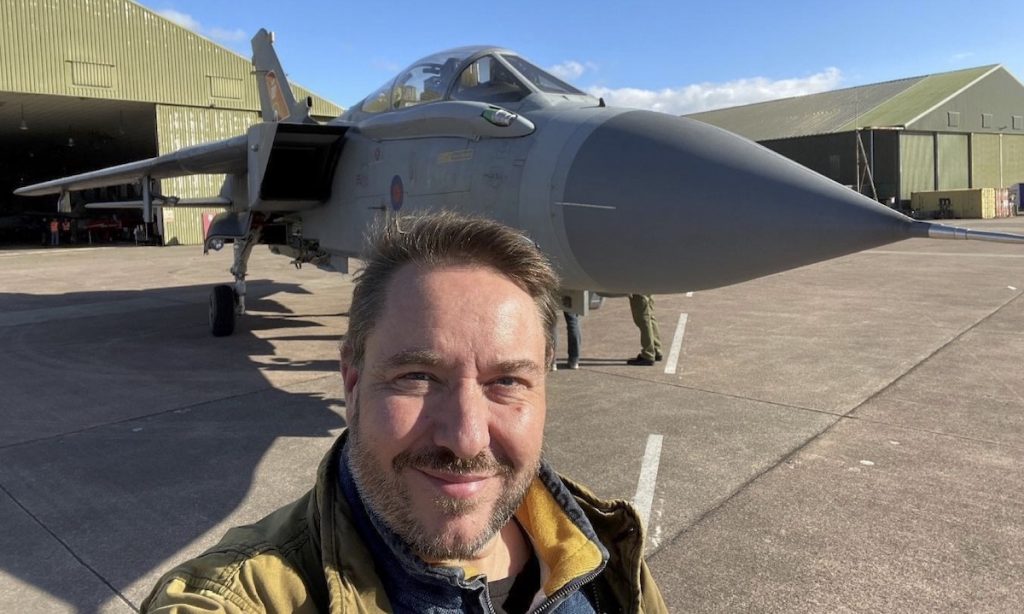 The old saying ‘if it ain’t broke don’t fix it’ comes to mind. Each episode of Air Warriors has four missions revolving around a featured aircraft. These are told by the people involved with a side commentary by military historians. Smithsonian Channel wanted season 10 to have a fresh lens and hired a new production company to help attract a younger and more diverse audience, while maintaining the series’ loyal viewers. At Collective Media Group we were thrilled to have been asked to take on the challenge of updating the series while staying true to its core.

Our team began by forming a close working relationship with the channel editorial teams. They had been hands-on making this legacy series since the beginning and were rightly proud of it. We began with lengthy zoom calls to help us understand the existing audience – mostly males with an interest in military history. Seasoned narrator Beau Weaver would remain the gravelly voice of authority. The talking heads would still lead the four missions, together with veterans. So we looked at the details. What could we change to broaden it without making it into a different series? 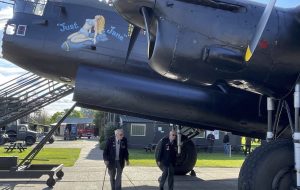 What is old is new again

First, we decided to look at the series in a slightly different way, with a more human dimension. A good example is our episode on the RAF Tornado. The Tornado was in service when female pilots were first allowed to fly what they call ‘fast jets’ in combat. We interviewed Mandy Hickson and Kirsty Murphy, two of the first female RAF pilots to fly this nuclear capable fighter bomber.

Our archive team managed to get footage of a teenage Mandy being interviewed in the early 90’s as an air cadet about her dream to fly in the front line. A decade later Mandy is piloting a Tornado, attacking targets in Iraq. What could have been a typical gung-ho Air Warriors mission, is instead told through Mandy’s vivid and emotional recollection. On returning from one particular bombing mission, she watches back video footage of her raid, filmed from loitering US drones. On it she notices an Iraqi worker smoking outside the building she targeted. The worker re-enters just before her bombs hit.  She winces as the whole building disappears in a cloud of smoke. But then she reveals that the man emerges unhurt from the frame of the door and runs to his car, escaping to safety. In her words – “we are not bloodthirsty warmongers. I was glad he survived.” Tiny details like this, show the human dimension in war. They are professionals, using precision bombs to knock out infrastructure, avoiding casualties. This emotional angle is something that anyone can identify with, not just plane buffs. We follow these threads, so viewers can experience the human emotions of the pilots involved.

We wanted to attract a younger audience by generating a ‘gaming’ look and feel, and fully utilising CGI. All the interviews were done in green screen hubs around the US and in London (which in itself was a very efficient way to work through Covid lockdowns). Inspired by games such as Cyberpunk 2077 and Call Of Duty, we created a ‘virtual Operations Room’ to place behind the interviewees, featuring banks of monitors. The CGI camera would then zoom to various screens behind the interviewee to elaborate on details, using full screen CGI explainers. These reflect the recognisable style of a ‘gaming environment’. Hopefully, this gives the series a fresh but familiar visual language that will engage a younger audience.

All our CGI was done by Andrew Langworthy, a hugely talented graphic artist working from home on after effects. This allows nimble working with no intermediary, which I find very efficient. It meant, between us, we were able to quickly illustrate and unpack any valuable nuggets of information emerging from the interviews. Importantly, it allowed CGI to lead a new story arc and allow any viewer to see how simple the concepts of air combat ultimately are.

Series like Air Warriors can use emotive storytelling and engaging CGI to keep these amazing stories alive for a new generation. We are extremely proud of what we have achieved with this refresh of such a prestigious TV brand.