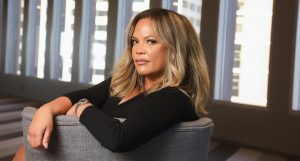 Paige, a former VP of A&R for the Universal/Motown Records Group, joins from her Atlanta-based business She’s A Movement Media Group, where she was CEO and executive producer.

Credits include talkshow Don’t Cancel Me with Amara La Negra for Fuse Media and Black Ink Crew for VH-1. Paige was also showrunner for Beyond The Pole for WE tv.

Paige will oversee operations at Future Studios’ Atlanta office, which will become the US hub for its content production activity. The factual video production division of Future Publishing has already been behind Gamesmaster for Channel 4 in the UK and Meta, with the US expansion designed to boost both its production infrastructure and creative development pipeline.

Other shows on the slate include Bling Life: Atlanta, a digital-first spin-off show based on Future Studios Bling Life series, which the company claims has an average audience of over 3 million views per episode on Snapchat.

Paige said she would “bridge Future’s existing brands with content embedded in the city’s culture”, while Future Studios’s creative chief John Farrar added that Atlanta’s “creative spirit and energy… perfectly aligns with the stories we love to tell…”

“Atlanta gives us access to the third biggest video production centre in the US as well as the ability to build close connections to an incredible pool of influencers, producers and celebrities, that will help us spearhead a new slate of premium non-scripted entertainment,” said Al Brown, Vice President of Future Studios.

Farrar, who joined from UK prodco Nerd TV in 2019, was appointed in 2021 to oversee Barcroft Studios, which is now part of Future Studios and creates video content for the publisher’s array of brands.