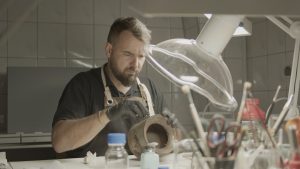 The History Of Auschwitz In 33 Objects

Off The Fence has acquired the documentary series The History Of Auschwitz in 33 Objects for global distribution.

Commissioned by Polish broadcaster Polsat and co-produced by Inbornmedia and the Auschwitz-Birkenau Memorial and Museum, the 4. 52-minute documentary explores the lesser-known side of the Auschwitz Memorial ­– one of the most modern preservation workshops in the world.

Objects such as a toothbrush, an old suitcase, or a lock of hair help tell the story of the German Nazi Auschwitz-Birkenau concentration and extermination camp through the belongings found in a place where more than 1.1 million people were murdered.

“We’re happy to be working with Inbornmedia on another exciting series. Their unique access to the Auschwitz museum and memorial brings us into some of the darkest moments in our history. inbornmedia use stylized animations, alongside breathtaking visuals to bring this series to life,” said Loren Baxter, head of acquisitions at Off the Fence. 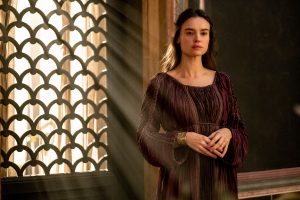 US network EPIX has renewed historical drama Domina for a second season.

The series will be produced by Tiger Aspect, in association with EPIX Studios, following an agreement with leading global distributor Banijay Rights.

The series takes place during one of the most provocative periods in Roman history, following the rise of Gaius, Emperor Augustus Caesar’s third wife, Livia Drusilla, played by Kasia Smutniak.

Domina is scheduled to begin production this spring at Cinecittà Studios in Rome and is scheduled to premiere on EPIX in 2023, with the second season also returning to Sky across Europe in 2023.

The firm said that the move will allow it to extend its core IP rights management services to fully support end-to-end financial and royalties workflows while also expanding its market from media and entertainment into gaming, publishing, consumer products, life sciences and high tech, among other global industries.

Terms of the deal were not disclosed. REAL’s employees will join Rightsline, which is looking to make new strategic acquisitions in an effort to “expedite product roadmap initiatives and continue to deliver best-in-class products.”

Founded in 1993, REAL Software Systems is a global provider of IP Commerce software, with its Alliant platform managing more than $12bn in royalties annually across multiple industries.

Its flagship platform—Alliant—automates the contractual rights, royalties accounting, revenue sharing and profit sharing of more than 70 notable companies with a wide range of underlying IP.

“With this acquisition, we’ve assembled a product suite designed to manage the entire lifecycle of IP monetization for nearly any company, in any industry, anywhere in the world.”