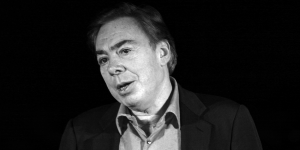 Theatre supremo Andrew Lloyd Webber’s The Really Useful Group (RUG) is expanding away from the stage with a new TV division and has hired a former MGM exec to run it.

Charlie Farmer becomes CEO & non-exec chairman at RUG and will work alongside president Jessica Koravos to increase the company’s reach in TV and film.

Farmer was previously EVP of MGM International Television Productions but left the company last year prior to its acquisition by Amazon, as revealed by TBI.

Farmer had been a pivotal part of MGM’s operations across Europe and Asia over the past three years, with a remit that included oversight of TV distribution in the UK and China.

He has also developed drama projects with writers including Julian Fellowes and was most recently consulting for Sky Cinema.

Farmer’s newly created role at RUG will see him focusing on TV and film projects, while long-term president Koravos will retain oversight of theatre.

Lloyd Webber, who has been behind numerous theatre productions such as CATS and The Phantom Of The Opera, said: “The Covid-19 pandemic forced us all to look for new ways to develop, produce and share our work.

“While I am thrilled to see live theatre firmly back on its feet, we also have major ambitions in the worlds of TV, film, the metaverse and beyond. I am delighted to have Charlie and David on board to help us achieve new and exciting things.”

Farmer added that he had “major ambitions… to expand into more projects for broadcast, streaming and film and TV platforms as well as other areas of growth.”