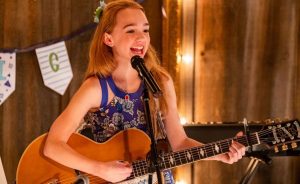 Canada’s Corus Entertainment has acquired a majority stake in Aircraft Pictures, the Toronto-based firm behind Hulu’s Holly Hobbie and animated feature The Breadwinner.

Aircraft Pictures was founded in 2005 by Canadian producer duo Anthony Leo and Andrew Rosen. It now has offices in LA and Toronto, and focuses on shows for kids, families and young adults. Financial details have not been revealed.

Corus, which owns kids studio Nelvana, publisher Kids Can Press, and production arm Corus Studios, said the deal marked “an important investment” in its strategy, while Aircraft added that the pact would expand “its capacity for developing, financing and producing premium content, with a focus on international co-productions.”

Anthony Leo, co-president of Aircraft Pictures, said: “As we plan to grow the company in new and exciting ways, the additional resources that this landmark step provides will increase the value Aircraft Pictures can extend to our partners exponentially.”

Andrew Rosen, Aircraft’s co-president, added: Having worked with Corus for many years achieving tremendous success with the Bruno & Boots films, we’re looking forward to turning this exciting partnership into a legacy of family-friendly content that resonates with audiences around the world.”