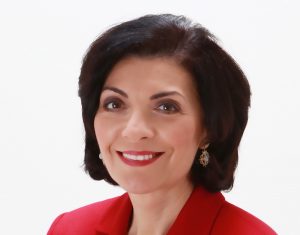 Emilia Nuccio will oversee all international deals, be responsible for selling the FilmRise catalogue as well as new release and FilmRise co-productions into the international marketplace.

She reports to Melissa Wohl, SVP & head of sales at FilmRise, and joins having held roles including SVP of sales at Dynamic and president of international sales at Echo Bridge.

Nuccio has also had stints at Itsy Bitsy Entertainment Company and was VP of Latin American Sales at BBC Worldwide Americas (now known as BBC Studios), as well as being international director of sales at Mexico’s Televisa.

Nuccio’s appointment is the latest addition for FilmRise, which hired a former Lionsgate and Vudu exec to oversee its digital operations at the start of the year.

Yesterday, Fremantle revealed it had hired former FilmRise exec Trey Durst to work across its AVOD and FAST operations.