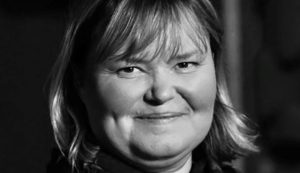 She will be taking over the position from incumbent Steven Andrew, who is retiring from the industry, with the two working together until the spring to ensure a smooth transition.

Under Andrew’s tenure, Zodiak has produced children’s programming such as Secret Life Of Boys for CBBC and ABC Australia, Spy School for CITV and The Lodge for Disney.

The veteran children’s programming exec arrived at British pubcaster the BBC from Hat Trick Productions in 2006, joined the kids department in 2012 as controller of CBBC and in 2017 went on to take on commissioning responsibilities for both channels as head of content across CBBC and CBeebies – arguably the top job in UK kids programming.

Taylor is credited with bringing in popular titles for both channels, including shows such as JoJo And GranGran, The Next Step and Malory Towers.

She announced her departure in November 2020, after 15 years with the corporation, explaining that she planned to spend more time with her family, before vacating the position in April 2021.

Taylor praised Zodiak Kids and Family for its “stellar reputation for producing inventive stories for children of all ages” and said that she was delighted to be joining a team “who feel as strongly as I do about inspiring young audiences.”

She further lauded Andrew for “an exceptional canon of work,” adding that he has “always demonstrated enviable flair for growing popular titles and nurturing new talent.”