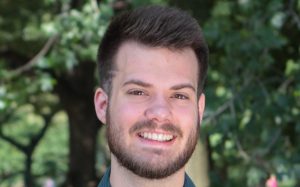 Fremantle has hire former FilmRise exec Trey Durst to work across its AVOD and FAST operations.

Durst becomes director of distribution for Fremantle International in the US and will focus on the company’s growing AVOD and FAST business as well as having responsibilities for traditional lines of business.

He reports to Lisa Honig, SVP of distribution North America, and will be based in New York.

Durst was most recently VP of digital content programming at FilmRise.

Honig said: “With his wealth of knowledge and relationships in the emerging FAST channel marketplace and his ability to navigate the ever-evolving landscape here in the US, Trey is perfectly placed to help grow Fremantle’s commercial interests, building brands and matching partners and audiences with our high-quality programming.”

Durst added: “Fremantle has made a statement in the FAST world with the success of BUZZR TV and the Baywatch channel. I look forward to bringing more of Fremantle’s iconic brands to AVOD and FAST audiences.”