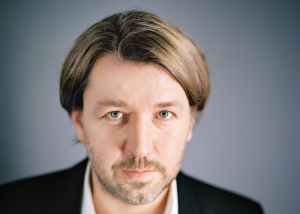 Bibas becomes head of Canal+ creation originale and will report into Gérald-Brice Viret, the MD of French TV channels and programmes.

Bibas began his career at Canal in 1995 before moving to the Lagardère Group in 2004.

He then became executive producer and MD at Atlantique Productions in 2011, where he worked on shows including The Eddy and The Transporter, as well as Jour Polaire, Hierro, Eden, Borgia, and, most recently, Django for Canal+ and Sky Studios.

Atlantique’s parent company, Lagardère, was acquired by Mediawan in 2020.

Bibas will take on the remit of Fabrice de la Patellière, who had been head of drama at the French operator for almost two decades and worked on shows including Engrenages, Les Revenants, Braquo, Validé and Paris Police 1900.

He is now moving into production at sibling StudioCanal, reporting into Anna Marsh and with a remit that will see him develop French and international series.