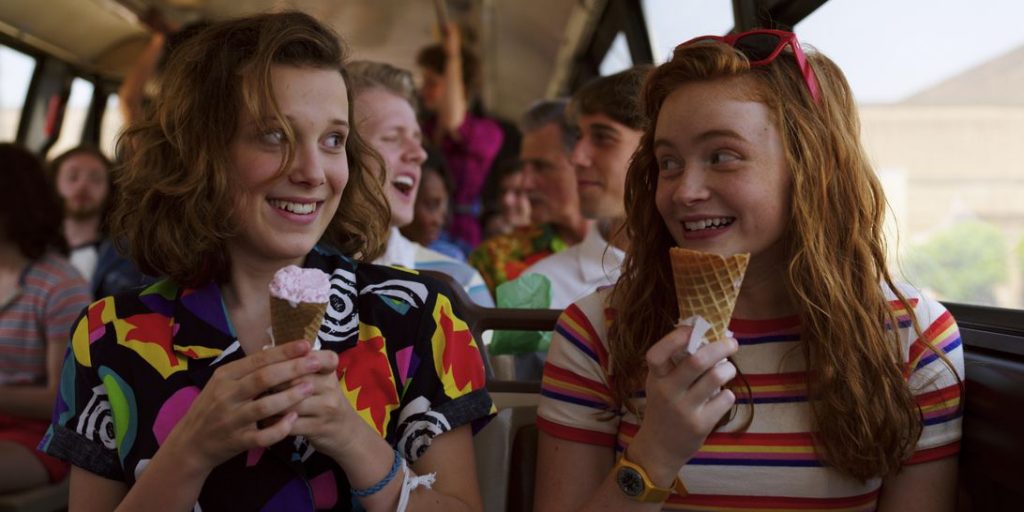 As competition in the subscription streaming market heats up, production budgets are getting bigger. Omdia’s Tim Westcott weigh up the most expensive TV shows in the US and Europe and explores whether heavy investment buys success with viewers.

Spending on TV shows has soared in recent years, most recently highlighted in today’s Screen Business report from the British Film Institute (BFI), which found that high-end television (HETV) production spending on shows such as The Virtues, Quiz and Bodyguard increased from £1.23bn ($1.63bn) in 2017 to £2.08bn in 2019.

This beat the £2.02bn spent in that year on film but also contrasts the spend of £392.8m on TV in 2013, when the High End Tax Relief was introduced. Much of the recent spending has come from overseas buyers, with £482.4m contributed by domestic UK productions in 2019 and just under £1.60bn – 76.8% of the total – by inward investment and co-production spend.

So just how do production budgets stand in Europe and North America? And do those high cost shows provide a return in terms of viewership? 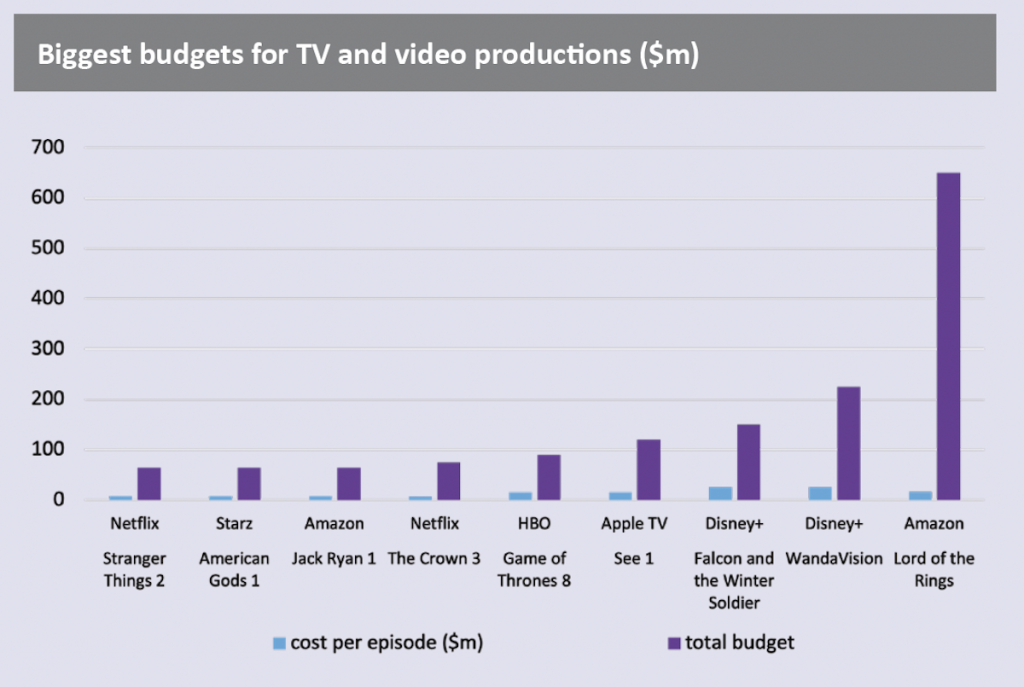 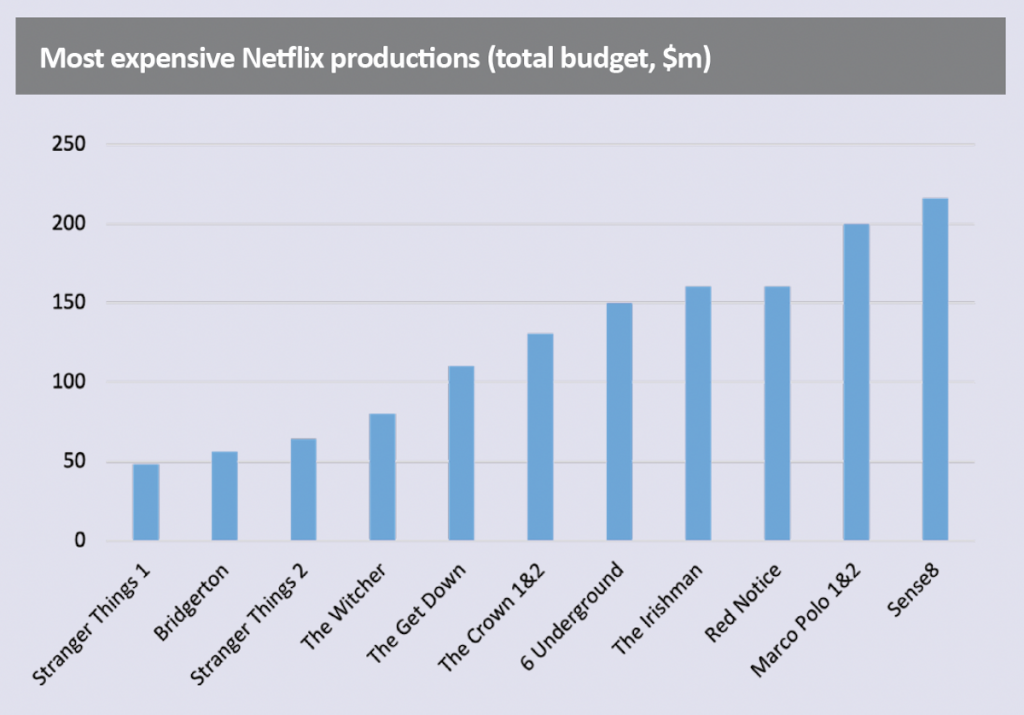 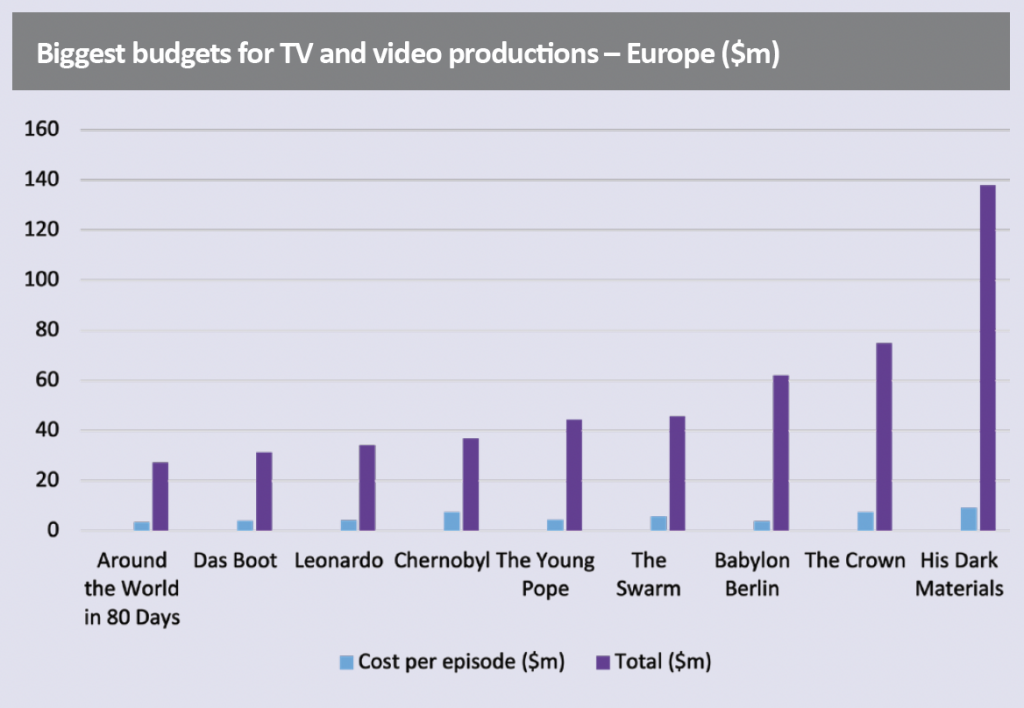 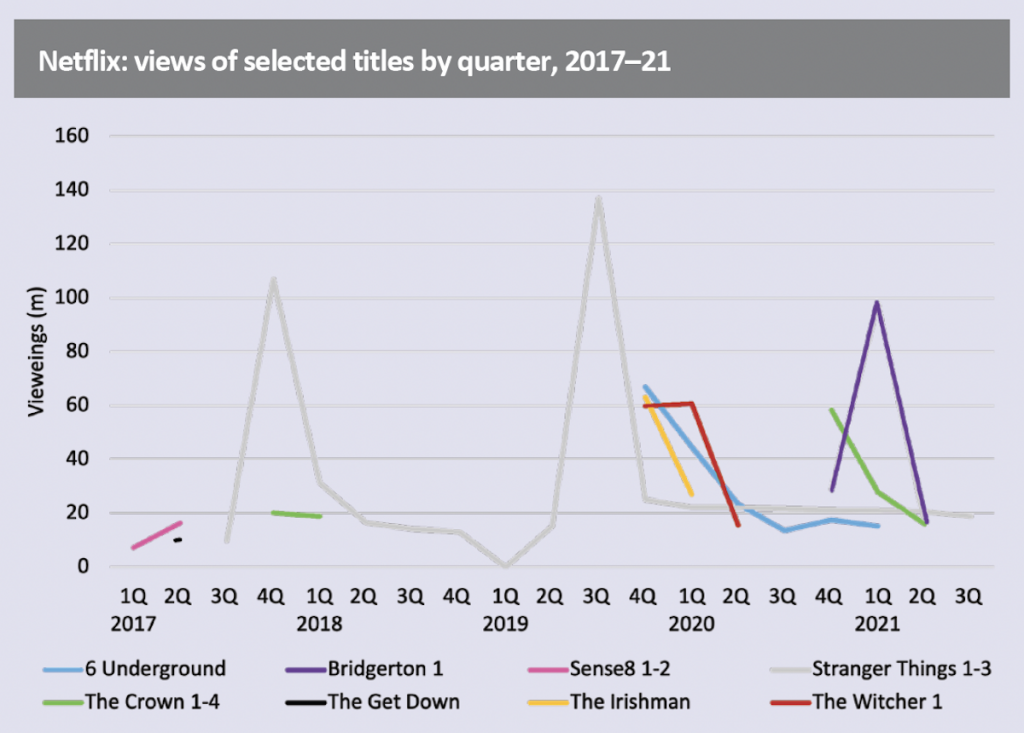