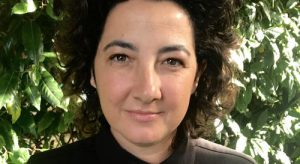 BBC Studios Australia and New Zealand (BBCS ANZ) has appointed Screentime Australia’s Deb Spinocchia to lead its development and production in the region.

She was most recently at Banijay-owned Screentime Australiam and worked on SAS Australia, having previously been at Seven Studios, where credits included House Rules, First Dates and Back With The Ex.

Before that, she had stints at Southern Star Entertainment, Endemol Shine Group and Fremantle, as well as domestic broadcasters SBS and ABC.

It is the latest exec change for BBCS in Australia, with former Eureka Productions and Fremantle exec Will Hamilton appointed in August to lead commercial across its operations in Australia and New Zealand.

The division has also secured five local commissions in Australia during 2021, including original format Space 22, which is being produced for the ABC.

Kylie Washington, GM and creative director of production at BBC Studios ANZ, said: “Deb has a wealth of experience in content development and production across reality, factual, scripted and live entertainment and is the perfect person to lead the development team as we build on the momentum of this year and look to extend our slate further into different genres.”

Spinocchia added: “The expansion of [BBCS’s] creative development slate across Australia and New Zealand has been enormously impressive, and I’m thrilled to be a part of the next phase.”