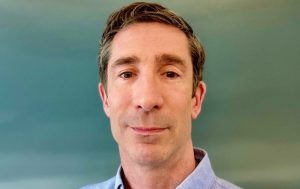 BBC Studios has appointed former Eureka Productions and Fremantle exec Will Hamilton to work across its operations in Australia and New Zealand.

Hamilton becomes director of commercial & business operations at BBCS ANZ and will lead the company’s productions in the region. The company’s regional slate includes Mastermind and Dancing With The Stars: All Stars.

He reports into BBCS ANZ’s GM Kylie Washington and joins from local prodco Eureka, where he was director of production. He was behind shows such as The Amazing Race Australia, Holey Moley and Making It.

Prior to Eureka, Hamilton was business director at Seven Studios and before that oversaw production and TV operations for Fremantle.

Washington said: “2021 has been a big year for us with four local commissions secured during the first half of the year.

“With filming due to commence on the latest series of The Great Australian Bake-Off in the coming months, which will be produced by BBC Studios for the first time, and with a number of other productions in development, the time was right to add to our team.”

Hamilton added: “The BBC is a global iconic brand with an extensive and diverse pipeline, so ideally poised at such an exciting time in our industry.

“With a range of scripted and unscripted projects planned, I’m looking forward to growing this exciting business with Kylie.”