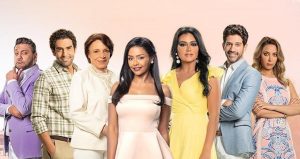 Untold producer Propagate Content has upped its head of business affairs for the US West Coast to have oversight of the company’s operations in the Middle East.

Leili Mostajeran becomes MD for the Middle East and will lead on Propagate’s content relationships and strategic partnerships across the region, working with president of distribution Cyrus Farrokh. He will continue to oversee global distribution, sales and formats.

Mostajeran will retain responsibility for business affairs, but be based out of LA and Dubai. Mostajeran – who took up her most recent role in September – and Farrokh both report to Drew Buckley, group president and COO at Propagate.

Content sales and format sales in the Middle East will continue to be run by Propagate International, led by recently appointed EVP & head of formats Isabelle Blog-Azoulay, who joined from ITV Studios in October, and director of sales Dan Thunell, who reports to Farrokh.

Mostajeran joined Propagate in 2018, having previously been senior attorney of business & legal affairs for both Critical Content and ITV Studios-owned Gurney Productions.

Buckley said Mostajeran’s “leadership and deep understanding of our business will be vital as we look to maintain strong connections across our global offices.”

Propagate Content, whose president stepped down earlier this year, has been behind a local version of the Fashion Star format for Dubai1, while Jane The Virgin was remade by S Productions for MBC. The company was founded in 2015 by former Nat Geo president Owens in partnership with A+E Networks.