Show of the Week: Couple Wars 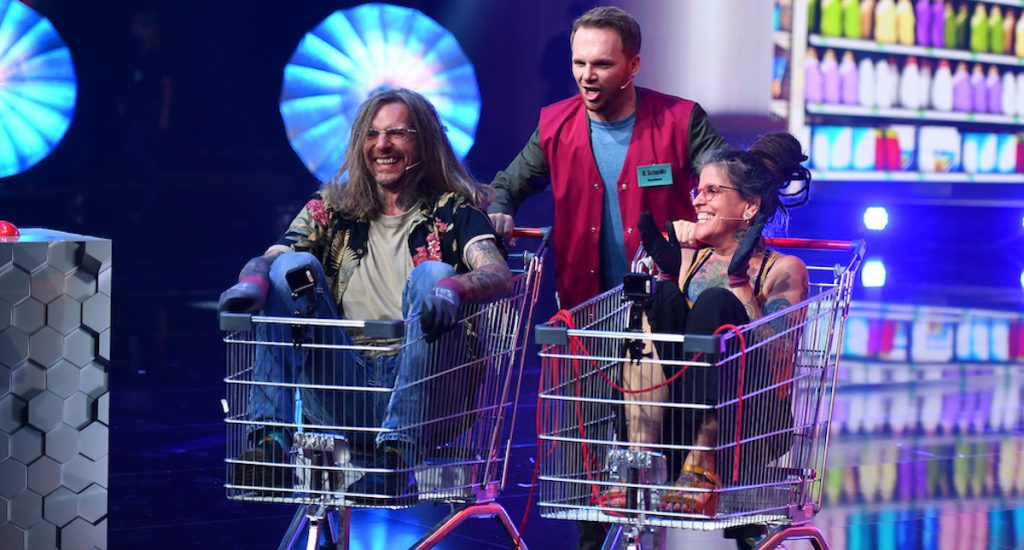 Would your partner be able to pick you out from a line-up of giant dancing chickens? That’s just one of the challenges facing contestants in this engaging and revealing new primetime challenge format from Germany’s Red Arrow Studios International (RASI).

Couple Wars put relationships under the microscope via a series of very personal challenges that will test just how much each partner really knows about each other, with the winners taking home a cash prize.

The format sees couples competing across eight rounds and facing an array of fun challenges that range from the aforementioned chicken line-up to asking how many selfies their partner has on their cell phone.

It was created for German broadcast giant Sat.1 by Deutsche Produktions Union (DPU) alongside its host, Ralf Schmitz, and DPU’s MD Alex Isadi says the format has already been extended into a second season.

“Sat.1 was able to establish a successful couples show in primetime, which is no small feat when looking at the competitive marketplace of linear television in Germany,” he says.

The key, according to Isadi, is the show’s premise. “It’s very tongue in cheek but also really takes the temperature of a relationship by getting to the heart of what makes someone tick and what their partner appreciates or cringes at!,” Isadi says.

Tim Gerhartz, president & MD at RASI, adds: “Ratings-wise, Couple Wars was very successful, it outperformed the channel and slot average among the key 14-49-year-old demographic, resulting in a +41% increase in year-to-date channel average for this demo.”

It also provides “a revealing look at modern relationships and gives a voice to a diverse range of couples, each with different stories and styles,” adds Gerhartz. “It’s warm-hearted and feels authentic and personal.”

“Each couple really has to be prepared to their face their own idiosyncrasies and be willing to tackle their innermost fears regarding their relationships,” Isadi adds. “We look for couples that do not have a singular view about how their partner should be!”

Logline: Relationships are put under the microscope via a series of very personal challenges that will test just how much they really know about each other.