Show of the Week: Who Is The Phantom? 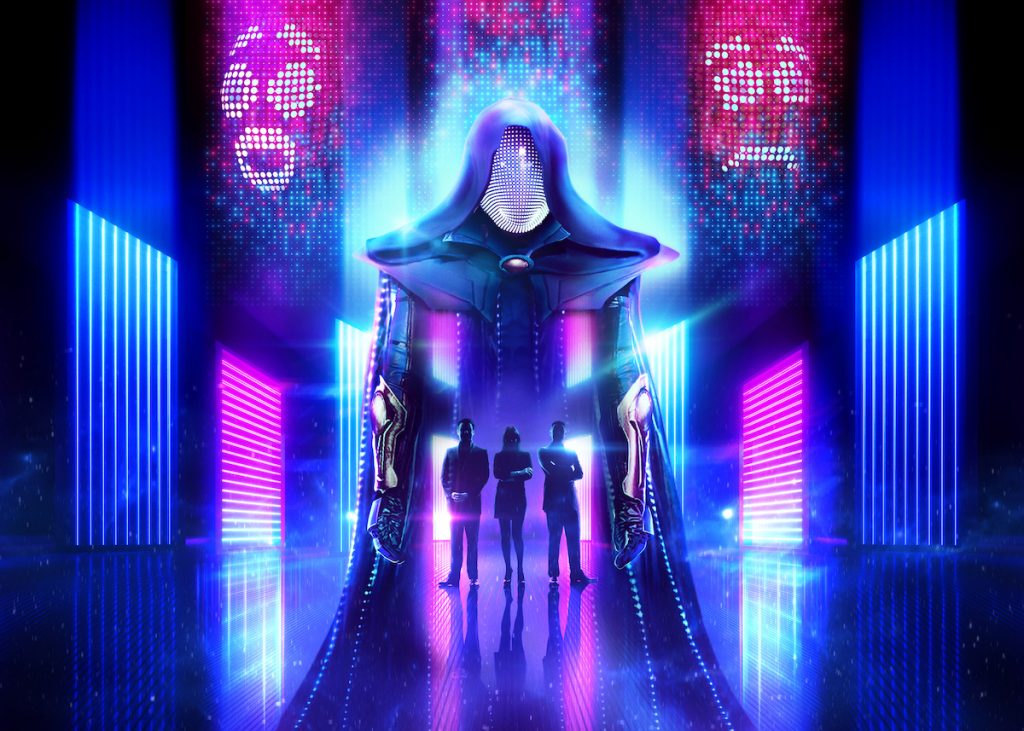 Offering a fresh take on the ‘masked celebrity’ genre, this new entertainment format sees three famous faces turn detective as they try to solve riddles and crack visual clues across seven rounds to guess the identity of the mysterious Phantom.

The Phantom is a fellow celebrity hidden behind a cloak and a mask that animates the mystery wearer’s facial expressions. As Tim Gerhartz, president and MD of distributor Red Arrow Studios International, explains: “The LED face mask which can convey the Phantom’s expressions and feelings in real time adds a level of charm and comedy and gives the Phantom a really unique and identifiable character.”

In each round the the detectives first have to solve a riddle, then the mystery Phantom presents them with a clue via either a studio performance or with a short cinematic clip. “It’s a fun, challenging and visually interesting way of revealing intimate secrets about celebrities and combines the successful quiz and celebrity panel genres with the popular masked element in a unique and playful way,” says Gerhartz.

When it comes to adapting the format locally, the exec says that casting is key, and that a big name celebrity with an interesting backstory and career, as well as a panel of well-known celebrity detectives is important.

“Who is the Phantom? will appeal to a range of broadcasters around the world as it is a very flexible, scalable show in terms of budget and also scheduling,” adds Gerhartz. “It works very well as a weekly primetime event but could also be stripped across the schedule with the Phantom perhaps revealing themselves at the end of the week.”