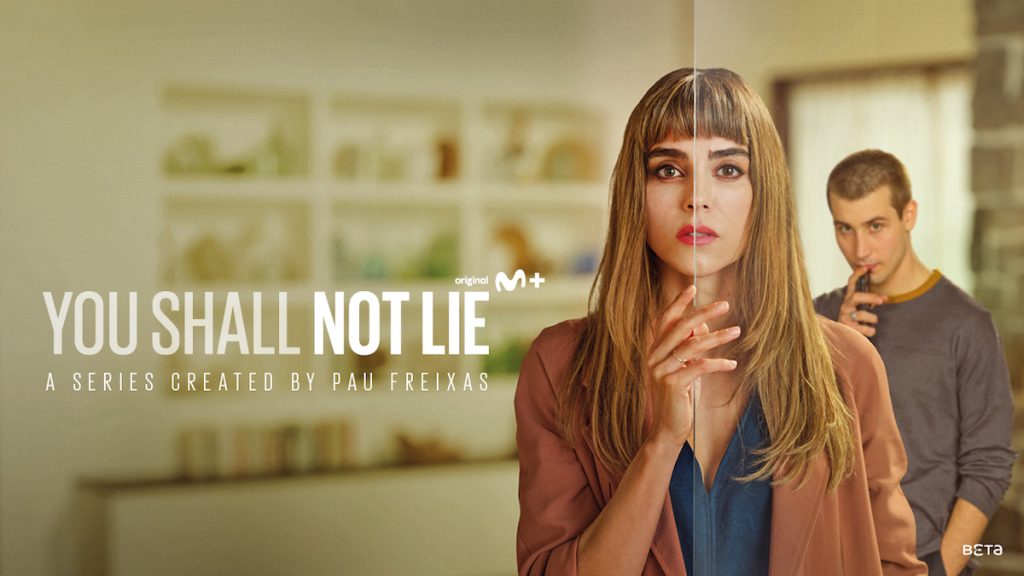 You Shall not Lie

When a video of a high school teacher having sex with one of her students goes viral, the lives of all those involved are thrown into chaos.

This Spanish drama tracks the life of Macarena, a highly respected teacher living in the upmarket coastal town of Belmonte who finds herself despised and ostracised by her community after the video is exposed.

As the campaign against her builds, Macarena is forced to live with her estranged father as she attempts to uncover the truth – a task made considerably more difficult when a body turns up at the bottom of the cliffs, leading her to becoming the prime suspect.

“Though You Shall Not Lie has a clear protagonist – teacher and mother Macarena (Irene Arcos) – it explores a variety of classic themes of human drama. To boil it down to one, it would be innocence versus innocence lost,” says Peter Lohner, producer at Beta Film.

The show delves into both the lives of the carefree youngsters and the adults, who despite their outward appearances harbour numerous dark secrets of their own.

“It’s a closely knit community where everyone knows each other and is supposedly such good friends,” Lohner continues. “Of the adults, only Macarena has preserved her youthful innocence though her very own secret is the most explosive of all and sets all the mind-boggling events in motion.”

The drama also draws viewers into the life and character of Macarena, introducing the teacher as an empathetic if off-beat teacher.

Andreas Khevenhüller-Metsch, VP of international sales & acquisitions at Beta, adds: “Macarena is someone who tells her students not only about the subject at hand but about life. Though what surfaces after that is outrageous, all of her ensuing choices are utterly human. So we actually enjoy living through the human roller coaster ride she undergoes with her.”

Lohner adds: “The momentum of the show accelerates slowly but surely after firing its first bomb, which is Macarena’s preposterous secret in the first minutes of the show.

“It does this by exposing, one at a time, all of Macarena’s friends’ and students’ secrets after laying out multiple riddles to solve and traps for us to step into. This is a smart, delightful, scintillating experience to watch for those who loved classics of the genre like Wild Things or Desperate Housewives, but done with even more empathy and warmth as the Spanish so expertly do.”

Broadcaster: Movistar+ (Spain)
Producer: Movistar+ in collaboration with Filmax
Distributor: Beta Film
Synopsis: Lives are thrown into chaos in an upmarket town when the video of a high school teacher having sex with one of her students goes viral.