Show of the Week: FriendZSpace 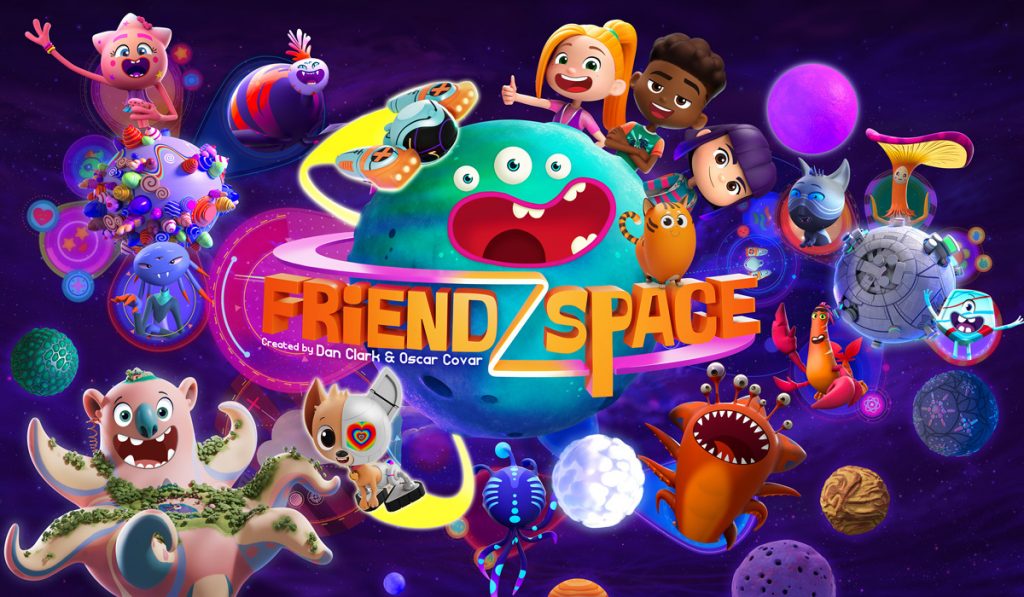 Tracking the lives of three intergalactic best friends, this kids series is all about embracing differences and getting into exciting trouble in the process.

Jet-setting across the universe is all in a day’s work for three best friends – Alice, Leo and Kim – who may seem like regular human kids, but are actually risk-taking deep space friend makers.

This animated series from T&B Media Global and Flying Bark Productions follows the trio as they cruise around space in their unpredictable spaceship The Dart, accompanied by BotDog – a half puppy and half high-tech Swiss army knife.

Their mission is to locate planets, find alien kids, introduce themselves and make friends, with this context providing a framework for the show to explore an array of themes such as embracing different customs and unusual alien biological quirks.

“The episodes of this hilarious series are full of wild adventures and action-packed stories when the three human kids embark on their journeys, committed to making friends with alien kids across the supercluster of stars,” says Dorian Buehr, head of global distribution at Studio 100 Media.

“They will meet super-funny and exciting alien kid creatures, in all their gooey, bouncy, bumpy, hairy, scaly, buggy, sticky splendour. Some of them communicating only by dance moves and others being as tall as skyscrapers.”

The three Earth kids, Buehr adds, are “fearless friend makers” and their appeal to global audiences lies in their belief that being different is good. “The core messages are about friendship, inclusion, and welcoming diversity with open arms.

“The producers and our goal with this series is to create a rich immersive world of fresh characters for a universal community of kids,” Buehr adds.