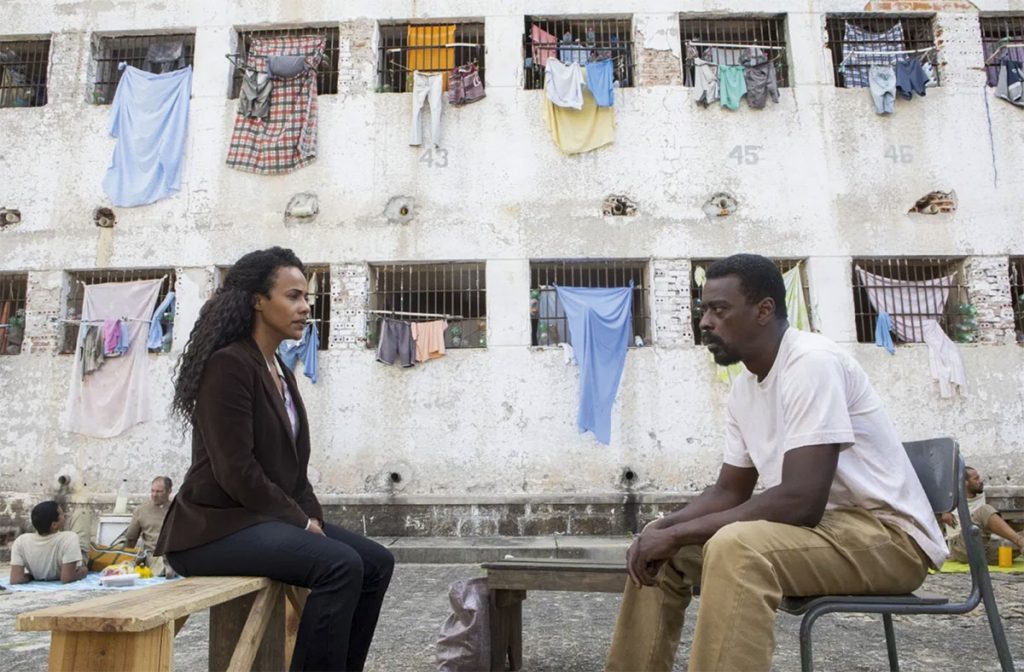 Paid-for online channel subscription numbers, led by services such as Claro Video and Netflix, continue to rise in Latin America & the Caribbean, increasing 52.7% year-over-year in 2020 to exceed 70 million, overtaking the pay-TV total for the first time.

Despite the rapid rise in their customer base, subscription revenues generated by online channel providers are still some way behind pay-TV operators, however. Pay-TV revenue totalled $14bn in 2020, compared to $4bn for the subscription online channel market.

Online channel subscription numbers increased by 42.1% in 2017, 35.5% in 2018, and 30.9% in 2019, so the rate of increase had been slowing. The spike in online video growth in 2020 can therefore be attributed to Covid-19, with subscription numbers benefitting from a captive audience forced to stay at home.

Other factors contributing to the rise of online video include the adoption and growth of the Amazon Prime bundle and the launch of Disney+.

Meanwhile on the pay-TV front, the regional number of subscriptions across cable, DTT, IPTV and satellite has been in slow decline since peaking at just over 59 million in 2016. The Latin America & the Caribbean total had fallen to 55.4 million at end-2020.

The traditional TV segment continues to struggle with cord-cutting, as online alternatives become increasingly attractive. Other challenges also exist in the region, including piracy, which continues to hold back the potential of legitimate services. 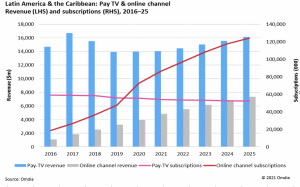 The region had 139.8 million TV households at the end of 2020. Of those, 55.4 million took a pay-TV service, leaving a pay-TV penetration rate of 39.6%. Although now in an entrenched pattern of slow decline, pay-TV is forecast to remain an important segment in the region for the next five years and beyond.

The cord-cutting process is slower in the region compared to North America and Europe where much higher ARPU has driven customers more quickly to cheaper online alternatives.

Pay-TV penetration remains high in several of the region’s major territories such as Argentina, Chile, and Mexico, each with over 55% pay-TV penetration at end-2020. But in each case, Omdia is anticipating a decline over the next five years: Argentina from 67% to 63%; Chile from 62% to 57%; and Mexico from 57% to 53%.

Total pay-TV subscriptions are forecast to decline by 5.7%, from 55.4 million in 2020 to 52.2 million in 2025. For comparison, online video channel subscription numbers are expected to grow from 73 million to 124 million during the same period, representing a 70.7% increase.

One of the nuances of the Latin American market is that bundled access to online video and the aggregation of online video services has led to some services becoming very popular, but only as a multiscreen option rather than in their standalone version. This seems to give operators in the region more influence over online video uptake than elsewhere. 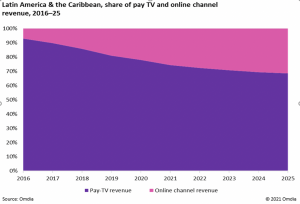 Similar to how online channel subscriptions are spread across the Latin American countries, Brazil and Mexico lead in most OTT and telco partnerships.

In Brazil, Telefónica Brasil/Vivo has 14 OTT partnerships, Oi has nine, and Claro Brasil has five. The majority of these partnerships are service integrations into pay-TV platforms.

In Mexico, Totalplay has the most OTT partnerships with nine, followed by Televisa and America Movil at four each. Chile relatively over-indexes on partnerships due to Entel and Telefónica.

Across Latin America, Netflix – whose offerings include Brazilian drama Brotherhood and Argentina’s Edha – leads in partnerships with 24 across the region, followed by Amazon Prime Video with 19 partnerships.

As direct to consumer services (D2C) expand worldwide, many are working to expand their footprint through partnerships. Partnerships and bundles make service subscriptions stickier and also provide greater value to the pay-TV ecosystem as well. By integrating into an already familiar UI and establishing carrier billing, adding streaming services becomes simpler.

This indicates how Disney+ has heavily leaned into cable and telco partnerships to gain subscribers in these early years of its launch. This strategy is also prevalent in North America and Europe as Disney+ has expanded. Netflix, which is the streaming market incumbent, benefits from these partnerships but has already established its value outside of integrations.