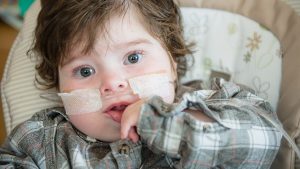 UKTV, ZDF and others have struck deals with UK-based indie distributor Scorpion TV for a slew of factual content.

UKTV has acquired Children’s Ward (7 x 30-minutes) for its entertainment channel W. Originally produced by Chwarel for BBC Wales, the series explores heart-warming stories from one of the busiest children’s wards in Wales.

In Germany, ZDF has acquired topical titles: Fake: Searching For Truth In The Age of Misinformation (1 x 56-minutes), produced by Connecticut Public TV, and Football Fans Under Their Skin (1 x 46-minutes), which originally aired on ITV in the UK

NRK in Norway and SRF in Switzerland have both licensed The World’s Biggest Family, a 1 x 43-minute doc where a man with 600 half-siblings looks at the odd world of anonymous sperm donation and how that standard practice of anonymity is starting to crack open at last.

Waterbear has also acquired The World’s Biggest Family along with the 1 x 52-minute feature doc The True Cost, from Life Is My Movie, and 2019 BBC Storyville documentary Seahorse: The Dad Who Gave Birth (1 x 89-minutes), produced by Grain Media.

David Cornwall, founder and CEO of Scorpion TV, commented: “From fixed rig docuseries, stories of injustice in our sports and unique stories like Seahorse, we’re proud to have built a catalogue that meets the needs of modern buyers under pressure.”

The agreement between Rights Booster, the show’s producer Langley Productions, and Little Dot encompasses more than 500 hours of programming from the Cops catalogue, which will be published over time on standalone Cops social media accounts and Little Dot owned channels. The roll out will begin later this year.

The Cops franchise follows police officers, constables and sheriffs’ deputies during patrols and various police activity by embedding camera crews with their units.

The show ran to 33 seasons on US broadcast network Fox until 2013, then Spike and more recently Paramount. It has recently been commissioned for a new series in the US with Fox Nation, following its cancellation by Paramount last year in the wake of George Floyd’s death while in police custody.

President of Langley Productions, Morgan Langley, commented: “Little Dot Studios are a best-in-class company who really understand the social media space – they know how to maximize value for partners, and leverage great content across the online landscape.

“We’re excited to supercharge our online presence worldwide, in collaboration with our partners at Rights Booster, and we’re very excited about the timing of this launch, both domestically and abroad.” 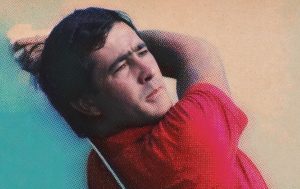 Rakuten TV will tomorrow debut an exclusive documentary about the life of golfing star Severiano Ballesteros.

The European AVOD will launch the 1 x 90-minute Seve, which is produced by ZigZag Productions in partnership with The R&A and Egoli Media, and explores the life of Ballesteros from his humble beginnings to becoming one of the greatest sporting icons of all time.