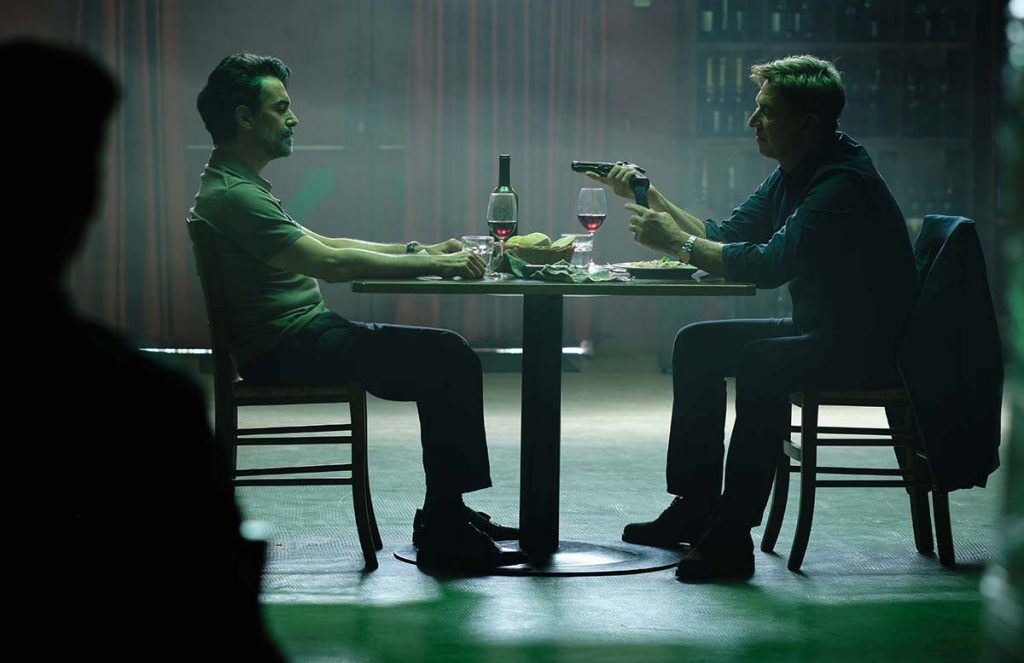 The Winemaker is a thrilling tale involving a murderous plot and the Mafia, all set against the stunning vistas and landscapes of the South Tyrolean vineyards in Italy.

The series revolves around successful winemaker Matteo, who has built a comfortable life for himself and his family. What his family doesn’t know is that decades ago, when Matteo turned up in the area as a young man, he was on the run from the Mafia who regarded him as a traitor.

And his life changes forever when his former partner in crime shows up and forces him to take part in a plot involving counterfeit wine. Matteo desperately tries to hide his bloody past from his family but when a young women is found shot but alive in the vineyards, there seems no escape.

For producer Moritz von der Groeben, the show’s key themes revolve around the notion of being able to move on with life.

“Can I leave a dark past behind me? Do I really know the people closest to me? Those are the age-old questions our protagonists have to ask themselves,” says von der Groeben.

The show also exposes the choices faced by Matteo, who finds himself required to turn to his old ways to escape his current situation and save his family.

“As every complex protagonist, Matteo has different sides,” explains von der Groeben. “He is a successful and a well-respected winemaker, a loving family father. But we will find out that he is capable of a lot of things he has done in his past. His dilemma is: he has to use his dark side to safe his family.”

The location is also a vital element of the show, von der Groeben adds, with “the contrast between the incredible beauty of South Tyrol’s vineyards and the brutality of the Mafia on the other side forming the basis for the story. It reflects the perfect life Matteo has – until the demons of his past re-enter his world.”

Producer: good friends Filmproduktion
Broadcaster: ZDF, Servus TV
Distributor: Beta Film
Synopsis: Successful winemaker Matteo has built a comfortable life for himself and his family. But when an old friend shows up in the vineyard, his secret past comes back to haunt him – with a vengeance…