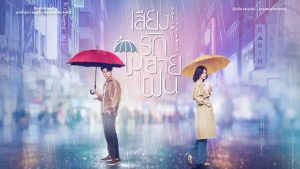 Voice In The Rain

South-Eastern Asia is a hotbed of streaming activity, with global and regional operators looking to exploit a broad and growing viewer base. Omdia senior analysts Kia Ling Teoh and Jun Wen Woo tell TBI how two major players – Netflix and Viu – are faring.

South-Eastern Asia has been targeted by many media companies attracted by its vast population and opportunity to scale, with investors seeing the region’s potential as its markets continue to grow with improved infrastructure and increased digital adoption.

The entrance of regional and international streaming companies including Netflix, Disney+, WeTV iflix, iQIYI and Viu has driven online video growth in the region. These players will continue to lead the online video market and drive local market consolidation through investment in content, extensive local partnerships with service providers, localisation of their services and monetisation.

Our forecasts show that the ad-supported segment continued to lead in 2020, with 68% of total revenue contributed by ad-supported online video services. Market share of subscription-based services, meanwhile, is expected to increase from 31% to 40% of total online video revenue from 2020 to 2025. 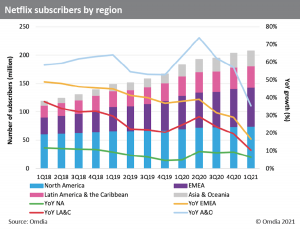 Netflix arrived in South-Eastern Asia as part of its global launch in 2016 and has been focusing on localisation, including subtitles and dubbing, as well as making an app interface available in regional languages such as Malay, Thai, Vietnamese, and Bahasa Indonesia.

The SVOD has doubled its regional content catalogue every year since 2016, and it had around 500 titles from the region as of 2020.

However, Netflix still struggles to capture a significant market share in South-Eastern Asia owing to challenges in the region, including a low propensity to pay for online content. Netflix has also been facing issues due to its programme offering, as certain shows are not deemed to be a cultural fit for the region.

In Indonesia, Telkom banned Netflix for four years shortly after it launched in 2016. To reach an agreement, Netflix committed to comply with local regulations by limiting access to sensitive content, including content deemed pornographic or that depicts terrorism. In 2018, Netflix removed drug-related shows Cooking On High, The Legend Of 420 and Disjointed from its service in Singapore following demands from local authorities. 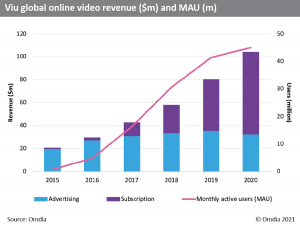 PCCW’s streamer Viu first launched in Singapore, Malaysia, Indonesia and the Philippines in 2016, then in Thailand in 2017 and Myanmar in 2018.

Following the pattern of many other streaming services, Viu penetrated new markets via partnerships with local telco providers; many are still active, and more recently, the streaming service has expanded existing alliances to include content co-development.

Viu entered Thailland in 2017 via a partnership with telco AIS. In 2020, the two companies announced the co-development of local originals My Bubble Tea and Voice In The Rain with AIS-owned streaming service AIS PLAY for distribution in Viu’s 16 markets.

Since its inception, Viu has branded itself as a Korean drama-focused streaming service. It still stays true to that identity today, but with more involvement in the pre-production phase and exclusivity rather than just buying rights.

Subscriptions now contribute 69% of Viu’s online video revenue. This represents a significant increase from only 3% in 2015. However, advertising’s share of revenue dropped from 97% to 31% during the same period.

As a result of aggressive content investment with the right price tag, Viu has successfully convinced its users to paying for more exclusive original content at the shortest broadcast window available.

The article above is an excerpt taken from the Omdia Insight Report, South-Eastern Asia – Streamer Strategies Now Target User Acquisition Over Monetisation. It has been written by Kia Ling Teoh and Jun Wen Woo, senior analysts at Omdia, which is part of Informa, like TBI. Read the full report here.