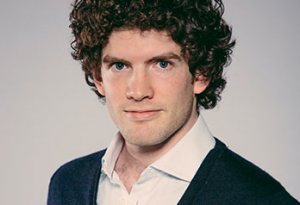 The former head of unscripted for Amazon Studios UK will now lead development and production of UK scripted and unscripted shows, taking on a slate that includes upcoming supernatural drama The Rig, documentary series Clarkson’s Farm and musical Jungle.

Grabiner will head a team that includes former Channel 4 commissioning editor Fozia Khan, who leads on unscripted content, with Jonathan Lewsley and Daisy Mount responsible for scripted. He will continue to report to Georgia Brown, head of Amazon originals, Europe.

The exec joined Amazon Studios in 2019 from ITN Productions, where he served as head of development, working on shows including Michael Palin In North Korea and The Queen’s Green Planet.

News of his promotion was first reported by UK trade Broadcast.

Amazon last month revealed it is to “reimagine and develop” IP from the MGM slate following its $8.45bn deal for the US studio, with more than 17,000 hours of MGM TV to fall under the Amazon banner, ranging from dramas such as Fargo and The Handmaid’s Tale to unscripted series including Shark Tank, Vanderpump Rules and The Hills.

Elsewhere in Europe, Amazon Studios has just commissioned dark mafia comedy The Bad Guy for its Prime Video service in Italy, along with Prisma, a coming-of-age drama about twins.